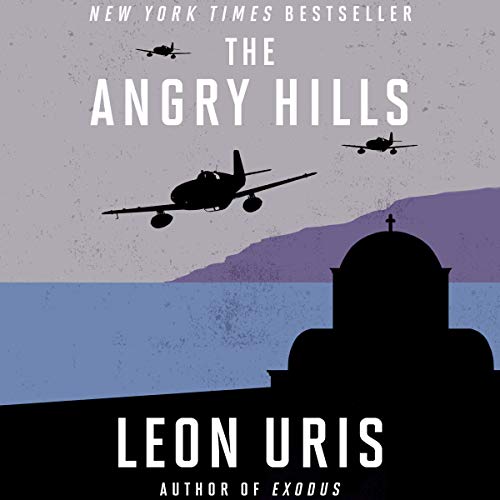 Just as World War II threatens to break out, Mike Morrison arrives in Greece to collect his late wife’s inheritance. Hoping to quickly finish his business and leave before German troops invade, Morrison’s plans are derailed when he receives a letter listing the names of Greek patriots pretending to be German collaborators, a list Nazi strategists desperately need. With the outcome of the war hinging on Morrison’s ability to protect the letter, he embarks on an adventure across Greece in an effort to evade Nazi troops and keep the letter from falling into enemy hands.

Based on the diaries of Leon Uris’s uncle, this action-packed thriller will keep listeners in suspense until the very end. A 1959 film adaptation starred Robert Mitchum and Stanley Baker.

“The best storyteller of his generation.” -The Denver Post

What listeners say about The Angry Hills

It kept me in suspense. The voice performance was excellent. I am glad it was a short book.

entertaining story but definitely not to be compared to Leon Iris's other books. reads like a mystery