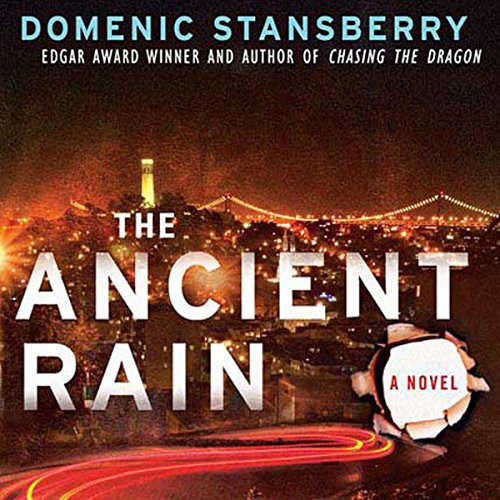 Edgar Award-winner and master of contemporary noir Domenic Stansberry returns to San Francisco's North Beach and Dante Mancuso, the dark P.I. who grew up on its tough streets.

After a career with a shadowy security firm with interests on both sides of the law, Dante has come home to put all that behind him and has gone to work for a private investigator. A call alerts him early one morning that Bill Owens, a fellow P.I., has been charged with a notorious 30-year-old killing. Bill was involved in a political group in the late 60s, which among other pranks and small-time crimes, held up a bank. Except that time, an innocent bystander was shot and killed. To clear Owens of these charges, Dante will have to retrace the original investigation through San Francisco's radical underground and bring in the man who was pulling the strings.

The Ancient Rain is a chilling novel from one of crime fiction's finest. Stansberry spools out a narrative filled with deceit and betrayal, and in his hands the line between justice and revenge is razor sharp.

What made the experience of listening to The Ancient Rain the most enjoyable?

It was written in my backyard with all the characters who are my contemporaries if not in prison..

What does Jonathan Davis bring to the story that you wouldn’t experience if you just read the book?

A good reading. Emotive and clear.. not rushed..

The plot was a bit scattered but he had the characters dead to right. The relationships were believable and it had a bit of suspense.