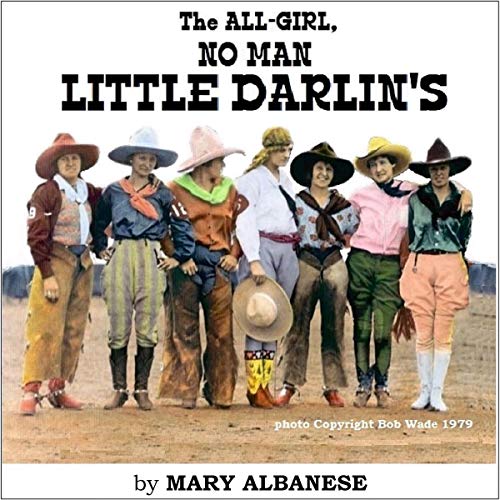 Troubled Anabel feels unwanted and unloved. She finds an unexpected ally in her "crazy" grandmother Maisy and discovers her grandmother isn't insane but harbors an amazing secret. In 1915, America is an innocent nation, enthralled by its own westward expansion and captivated by the horse-back pageantry of Buffalo Bill.

Young Maisy finds herself enthralled by the lure of the Wild West. When Maisy's scheming mother forces a loveless engagement, young Maisy bolts with the clothes on her back and a disgruntled horse. As she rides west through the dangerous towns and rough mountain passes, her fiery spirit attracts other runaway girls, all lost souls hungry for a better life.

Along with Lill, a bartender obsessed with the rodeo, and big Rosey, who can wrestle a bull, they recruit Klara and her cow, and Violet, an escaped mail-order bride, who learned to shoot by blasting holes in the photos of the man who spurned her. They take on Glory, a nervous beauty, and thrill crowds across the West with their daring stunts. But Cilla, a loud-mouthed trick rider who doesn’t know any tricks, is a constant thorn in Maisy’s side. Their success teases them with fame and fortune and the freedom they so desperately seek.

But of all the dangers they must overcome, the most relentless is their own past. When it catches up with them, in the form of a vengeful father, nothing will ever be the same. Following extreme acts of violence done to them, the wrong person is condemned to hang. Maisy is asked to do the unthinkable - something that will burn a hole in her soul and her sanity so deep she might not ever come out. For years, she carries her pain in silence, until she sees herself reflected in her spirited granddaughter.

When Maisy shares her secret past with her granddaughter Anabel, she is finally able to shed the guilt of her younger self. Anabel not only understands, but feels proud of her birthright as the granddaughter of a real Wild West cowgirl. Together, bonded by love and respect, they both learn to treasure that most difficult thing to believe in: themselves.