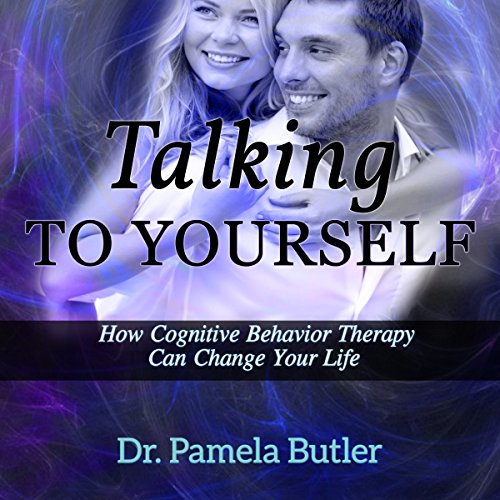 How Cognitive Behavior Therapy Can Change Your Life
By: Pamela Butler
Narrated by: Jeannette Howard
Length: 6 hrs and 59 mins
Categories: Science & Technology, Psychology & The Mind
4.5 out of 5 stars 4.4 (14 ratings)

Talking to Yourself is one of the first books to be written on cognitive therapy. This newly revised edition presents a specific method for dealing with depression, anxiety, and stress, and for taming your inner critic. A simple five-step method guides you from toxic, critical self-talk to a new supportive language. By changing your internal dialogue you will profoundly alter your relationship with yourself and others.

The narrator is a sadist

For me, it was is a sadistic rendering of the story. It was hard to listen through this strange articulation. The desire to run away comes from this flat, dull, mechanistic rendering pretty early on. So, the book was made unlistenable.

This book is solidly written and provides helpful insights and instructions. But if you're going to listen to it as an audiobook, be forewarned, the narrator's reading is just about as bad as it could be for this sort of a book. The problem is that, whenever she reads a quote from a patient (of which there are a LOT in this book), she seems to feel like this is her opportunity to do some ACTING. So she'll try to give them an accent, for example. But she can't actually do accents. So, for example, she may start with a sort of newscaster English accent, give up and revert to her normal voice, try again and accidentally end up doing an Irish accent, overcorrect to some kind of cockney, and finally just settle for her usual voice with a few bizarre, stilted pronunciations thrown in for effect.

Which all would be very funny, except that she's reading people's difficult and forthright descriptions of their psychic difficulties and pain. And she's reading it for an audience who are listening presumably to find help with their own psychic difficulties and pain. So, it ends up feeling not only distracting and irritating, but also incredibly insensitive.

Sometimes, in fact, it seems as if she is actually mocking the patients whose emotional work she's narrating. One woman, for example, describes years of acquiescence to an authoritarian husband. Our narrator reads her as as comedically exaggerated Southern stereotype. It feels as if she's associating her stereotypes about Southern women with that kind of relationship, as if she's subtly implying that only such a stereotype would behave that way in a relationship. Which is an offensive implication all around.

Even when she's not trying out one of her terrible accents, she often tries to add some *drama* and *theater* to her readings, but she just makes the patients sound whiney or pouty. I assume she's not doing it on purpose. She's probably just a bad actor who makes bad choices about how to read a line. But it sounds like mockery, and it's incredibly off-putting.

I managed to ignore her line readings for the most part, but it took a little effort, and it distracted from the actual content of the book.