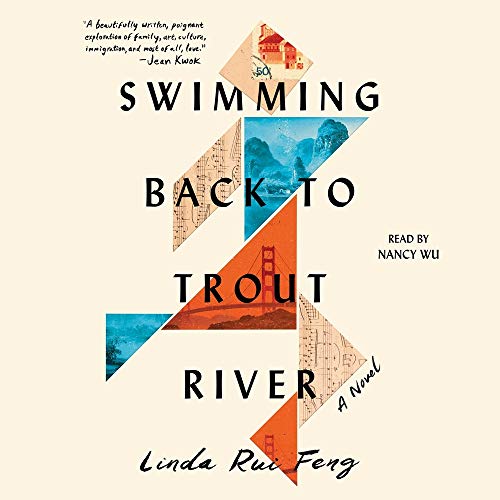 Swimming Back to Trout River

Shortlisted for the Center for Fiction First Novel Prize

A lyrical novel set against the backdrop of China’s Cultural Revolution that follows a father’s quest to reunite his family before his precocious daughter’s momentous birthday, which Garth Greenwell calls “one of the most beautiful debuts I’ve read in years.”

“A beautifully written, poignant exploration of family, art, culture, immigration, and most of all, love.” (Jean Kwok, author of Searching for Sylvie Lee and Girl in Translation)

How many times in life can we start over without losing ourselves?

In the summer of 1986, in a small Chinese village, 10-year-old Junie receives a momentous letter from her parents, who had left for America years ago: Her father promises to return home and collect her by her 12th birthday. But Junie’s growing determination to stay put in the idyllic countryside with her beloved grandparents threatens to derail her family’s shared future.

What Junie doesn’t know is that her parents, Momo and Cassia, are newly estranged from one another in their adopted country, each holding close private tragedies and histories from the tumultuous years of their youth during China’s Cultural Revolution. While Momo grapples anew with his deferred musical ambitions and dreams for Junie’s future in America, Cassia finally begins to wrestle with a shocking act of brutality from years ago. In order for Momo to fulfill his promise, he must make one last desperate attempt to reunite all three members of the family before Junie’s birthday - even if it means bringing painful family secrets to light.

Swimming Back to Trout River weaves together the stories of Junie, Momo, Cassia, and Dawn - a talented violinist from Momo’s past - while depicting their heartbreak and resilience, tenderly revealing the hope, compromises, and abiding ingenuity that make up the lives of immigrants. Feng’s debut is “filled with tragedy yet touched with life-affirming passion” (Kirkus Reviews, starred review), and “Feng weaves a plot both surprising and inevitable, with not a word to spare” (Booklist, starred review).

What listeners say about Swimming Back to Trout River

There’s a lot of philosophical contemplations that put me off. Too many characters also.
I would have liked to feel what the characters felt not told what they felt.