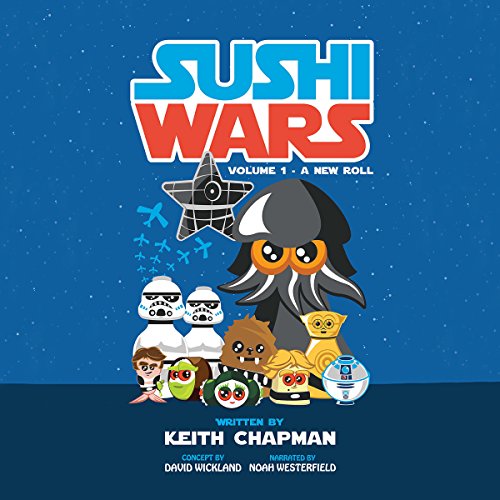 When 10-year-old Billy finds himself in a sushi bar bored, week after week, he starts playing with his food. His love of Star Wars takes over his imagination and the Sushi Wars oceanverse is born. What Billy doesn't realize is how eerily his real-life situations at the Moto Sushi Bar reflect the Star Wars story he knows and loves. Luke Soywalker, Prawn Solo, and Princess Maki lead the rebellion against the Dark Lord of the Surf, Squid Vader. The trusty soyds, Miso-D2 and Soy-3PO, help the rebels battle the evil Tempura and their seemingly unending army of saketroopers. Just as Luke had to emerge a hero to save the galaxsea, Billy finds himself in a tough situation where he must quickly decide to step up to the call of a hero or hide away.

This parody sushifies the Star Wars universe and interlaces with an all original story that takes place at Moto Sushi with an unlikely hero named Billy. May the Rice be with you always.