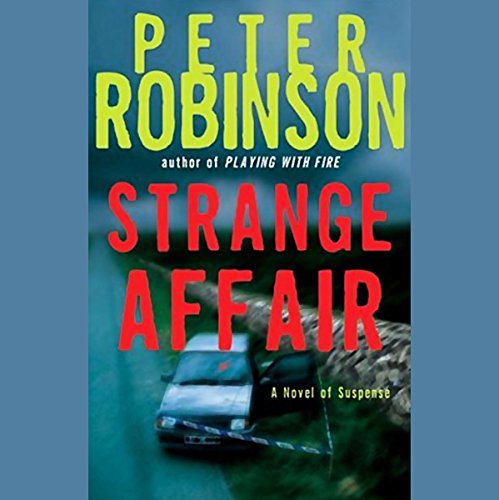 By: Peter Robinson
Narrated by: Simon Prebble
Try for $0.00

On a summer night, an attractive woman hurtles north in a blue Peugeot with an address in her pocket, while, back in London, a desperate man leaves a late-night phone message on his brother's answering machine. By sunrise, the woman is found in her car, shot, execution-style, through the head.

Detective Inspector Annie Cabbot arrives on the scene and discovers a slip of paper in the dead woman's pocket that bears the name of her colleague and erstwhile lover, Detective Chief Inspector Alan Banks. Banks, meanwhile, withdrawn after nearly dying in the fire that destroyed his home, has gone missing just when he's needed most, and has left plenty of questions behind.

As Annie struggles to determine if Banks is safe, and what role he may have played in the woman's murder, Banks himself investigates the mysterious disappearance of his estranged brother, Roy. Working from Roy's swank apartment, Banks makes the rounds to Roy's old haunts and slowly inhabits the life of his younger brother, the black sheep of the family. As the trail of clues about Roy's life and associations draws Banks into a dark circle of conspiracy and corruption, mobsters and murder, Banks suddenly realizes he's running out of time to save Roy, and by digging too deep, he may be exposing himself and his family to the same, possibly deadly, danger.

" "Another Robinson winner." (Booklist)
"The gripping story, which revolves around that most heinous of crimes, human trafficking, shows Robinson getting more adept at juggling complex plot lines while retaining his excellent skills at characterization. The result is deeply absorbing, and the nuances of Banks's character are increasingly compelling." (Publishers Weekly)

What listeners say about Strange Affair

Robinson's books should never be abridged. All of the best storytelling is gone.

Another waste of time and Peter Robinson's talent. Robinson doesn't write "too many words" and what literary genius decides which parts are dispensible? One could weep with frustration.
Go buy the book. It's excellent. But don't waste your ears on an abridged version.

Robinson's books should not be abridged! The beauty of his books is in the telling. I'm holding out for an unabridged version.

OK. This is abridged--very and noticeably abridged. Although I am usually loath to purchase an abridged book, this was the only other Robinson book narrated by Simon Prebble I didn't already have.

I agree with other reviewers who noted that none of Robinson's words are superfluous. In spite of this, however, I still gave this book three stars. It is certainly still better than many books out there, and Simon Prebble gave his usual outstanding performance. The novel is definitely performed, not just read.

The abridgement of this book was extreme. When you notice that Robinson's unabridged novels are all more than ten hours, while this one was a mere five and a half, you will see that it has been severely cut. And it is noticeable. Most of the time, it appears that the ends of scenes have been eliminated. Basically anything that did not directly advance the plot was cut. So, no real character development, no chatty places, just a plot-driven mystery.

All that said, it was still entertaining and kept me in suspense, and there were no places I couldn't follow because of a missing scene. If you're dying to hear Simon Prebble read another Peter Robinson novel, this is acceptable. Just don't expect it to unfold gracefully like a full-length novel. Robinson's intricate plot still stands out, though, and Banks's character remained intact.

I knew it was abridged when I bought it; I can't complain TOO much... But it is certainly no substitute for the full-length novel.

I agree with the other reviewers.

Would you consider the audio edition of Strange Affair to be better than the print version?

I have a 50 minute commute each way and listening to novels like this is how I reduce the stress and make the time more pleasurable. I enjoy Peter Robinson very much.