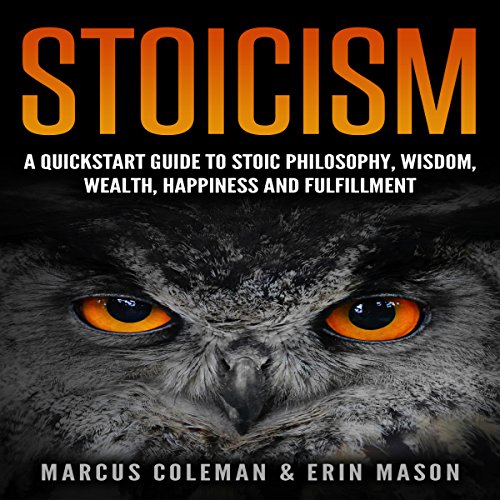 For centuries, Stoicism has had a large influence throughout various cultures. The great philosophers of ancient Greece and Rome, including Aristotle and Plato, gave Zeno of Citium inspiration, which led to him founding what is now known as Stoicism.

Zeno's core beliefs were to use logic as an instrument instead of a complete end; happiness as a part of nature; physical theory stipulating the process by which right actions are to be governed; and awareness as the foundation of knowledge, along with many others.

In this book you will discover:

The world that we live in today can often be crazy, making us feel confused and lost. It is often difficult for us to find peace and calm. Where do you find this peace and serenity? This book will help you find out everything that you need to know, from how the great ancient philosophers implemented their knowledge to how you can change your life for the better - today!