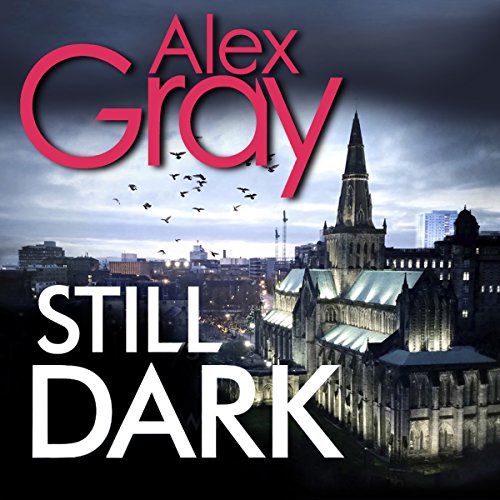 By: Alex Gray
Narrated by: David Monteath
Try for $0.00

New Year's Eve should be a time for celebrating. A chance to spend time with loved ones and look forward to the year ahead. For DSI William Lorimer, however, this New Year's Eve will be one that he will never forget. Called to a house after gunshots are reported, the carnage he finds there will have a powerful impact on his life - leaving him questioning his future with Police Scotland.

Meanwhile, the man who eluded police capture during Lorimer's last investigation - the Quiet Release case involving the euthanasia of vulnerable patients - is back, and this time he's aligned with a powerful gangster from Glasgow's underworld. As Lorimer struggles to return to duty and stop this mystery killer once and for all, he discovers that there are forces high up within Police Scotland that are protecting the gangster who holds the key to finding the man they are looking for. Can Lorimer and his team get a killer off the streets for good before more innocent people die?

What listeners say about Still Dark

I have grown fond of the characters in this series of books. The thoughtful inspector and the 'good and bad' people of Glasgow spill of the pages and encourage some reflection in this reader.
The narration compliments the story, well chosen artist I hope to hear more of him and hope for yet another Lorimer story to spill from Gray's pen/keyboard?.

another great storyline from Alex Gray but it was seriously diminished by the change of narrator. For the previous 13 books Dr. Brightman was from London and had a slower deeper thoughtful voice fitting his personality but in this book he speaks with a much quicker and lighter Scottish accent so unlike his suggested personality.

I quite enjoyed this book, but I did find it very slow moving. The story was overall good and the narration is fine - I can't really put my finger on why I wasn't blown away. It was all a little lack lustre.

The story is as captivating as always and I didn't mind the change of narrator for the most part as David Monteath is a brilliant narrator of so many stories, however his voices!! for Solly didn't work, initially it was a kind of generic Scot then suddenly when talking to Lorimer whilst he's in the recovery unit, it suddenly became a very stereotypical Jew! His range of Scottish accents is great though,

This narrator does not really capture the characters very well. His narration is rather lacklustre. Disappointing.

I was gripped and moved in turns by this brilliant novel. Thank you, all involved. Derek

Suddenyly solly has a Scottish accent, this was a shock and distracted me but otherwise really enjoyed.

Another solid story from Alex Grey, but I wish Joe Dunlop was narrator. His voice and way of reading is Lorimer for me. It made it hard to get into. Not that Monteath is bad in anyway, he's just not the voice of Lorimer for me.