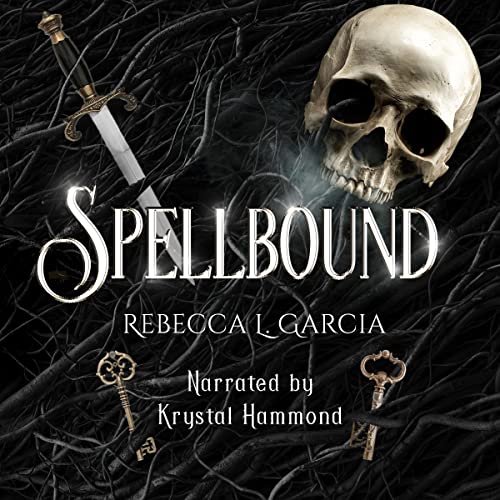 By: Rebecca L. Garcia
Narrated by: Krystal Hammond
Try for $0.00

A dark and twisted fantasy stand-alone romance where hate and love collide in a world filled with snarky witches and vengeful gods. Perfect for fans of To Kill a Kingdom and Kingdom of the Wicked.

Grieving being torn from her beloved sister, who remained behind in the human kingdom, Elle makes it her life purpose to become a keeper in her cursekeeper coven.

But this calling won’t be an easy one. The magic possessed by her small coven of four casts them as outsiders throughout the kingdom. Yet when witches are found murdered in the woods, the cursekeepers quickly become the town’s only hope.

Many believe the murders are the work of a god. An old one returned in search of vengeance. Elle, on the other hand, suspects Viktor, the new warlock to town, is somehow linked to the violent deaths. However, his agenda doesn’t stop there.

Charming everyone around him.

Threatening her plans to become a keeper.

When the truth behind the murders surfaces, Elle finds herself thrust into a dangerous new world, trapped between twisted hearts and terrifying beings. With the victims piling up, she must decide who to trust and who to protect before it’s too late.

What listeners say about Spellbound