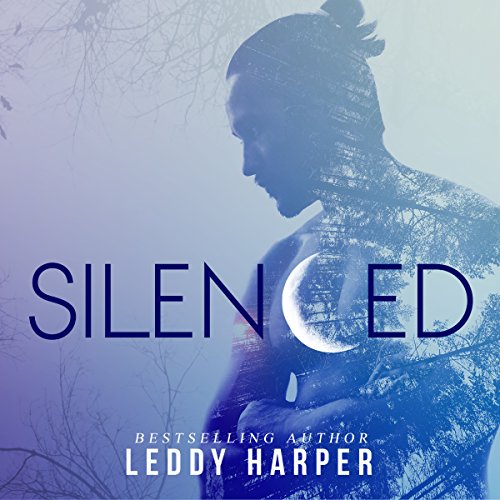 By: Leddy Harper
Narrated by: Ryan Valence,Artie Rose
Try for $0.00

Haunted by a photographic memory, I couldn't escape the worst night of my life. The blood they shed. The pain they endured. The evil that still walked free. It was all I saw. Those memories, my childhood - the images.

But nothing lasts forever. Torment turned to blinding rage. Hate sought revenge, which pursued death. Then there was life. The moon. Rylee Anderson. I had to choose....

As a young child, Killian Foster survives the unimaginable. Silenced and scarred, he keeps to himself, spending his time with his notebook in the woods behind his aunt's house.

Until Rylee Anderson.... When Rylee spots Killian hopping over a fence next door, she follows him, unprepared for the boy she'd find - or the relationship that would unfold over the next seven years. Or the silence that would follow.

Fighting between the hate of his past and the promise of his future, Killian must make choices - ones that would affect more than himself. Choices that would test the lines of right and wrong. Decisions that could break the bond of the only love Killian knew.

Silence or his voice.

What listeners say about Silenced

It been on my to do list for a while. So happy I took a chance for on it. Very good story line with some good turns. Definitely 18+ with a great happy ending.

As usual, an amazing read.

I could listen to Leddy Harpers books every day! This book was a touch more serious than the other audible books available by Leddy Harper but did not in any way disappoint. This book starts out a little bit slower than the others, but once I got a few chapters in, I was hooked. She has a talent for allowing you to feel what the characters are feeling. Can’t wait for another book to be released on audible by her so I can listen!!!

Haunted by a photographic memory, I couldn't escape the worst night of my life.
enjoyed this book its is an 18+ book but very enjoyable