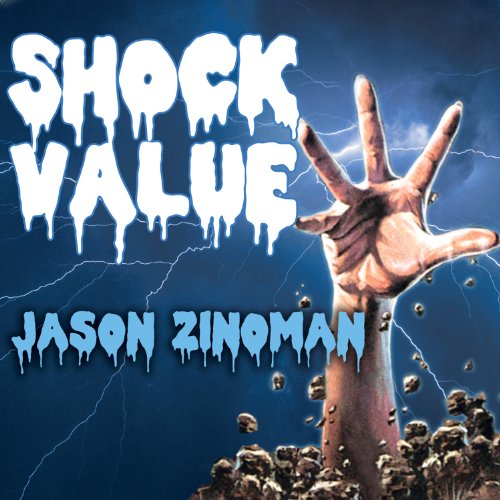 By: Jason Zinoman
Narrated by: Pete Larkin
Try for $0.00

Much has been written about the storied New Hollywood of the 1970s, but while Martin Scorsese, Steven Spielberg, and Francis Ford Coppola were making their first classic movies, a parallel universe of directors gave birth to the modern horror film - aggressive, raw, and utterly original. Based on unprecedented access to the genre's major players, New York Times critic Jason Zinoman's Shock Value delivers the first definitive account of horror's golden age.

By the late 1960s, horror was stuck in the past, confined mostly to drive-in theaters and exploitation houses and shunned by critics. Shock Value tells the unlikely story of how the much-disparaged horror film became an ambitious art form while also conquering the multiplex. Directors such as Wes Craven, Roman Polanski, John Carpenter, and Brian De Palma - counterculture types operating largely outside Hollywood - revolutionized the genre, exploding taboos and bringing a gritty aesthetic, confrontational style, and political edge to horror.

Zinoman recounts how these directors produced such classics as Rosemary's Baby, Carrie, The Texas Chainsaw Massacre, and Halloween, creating a template for horror that has been imitated relentlessly but whose originality has rarely been matched. This new kind of film dispensed with the old vampires and werewolves and instead assaulted audiences with portraits of serial killers, the dark side of suburbia, and a brand of nihilistic violence that had never been seen before.

"Aficionados should love it, and skeptics may find themselves giving this always disreputable genre the fair shake that, as this smart and savvy book makes clear, it deserves." (Mark Harris, author of Pictures at a Revolution)

What listeners say about Shock Value

A good listen, but narrow in scope

Shock Value's author sets out to show how a handful of horror directors including Wes Craven, George Romero, and John Carpenter, redefined the horror genre in the 1970s. Along the way he also spends quite a bit of time on some figures that many listeners (myself included) might consider peripheral to the genre: Roman Polanski and Brian DePalma. Both directors have obviously made some great movies, but I would have preferred a much more extensive treatment of the Italians who receive little more than a mention. Casting that wider net might have weakened his argument that a "new horror" was born in the US in the period he covers, but I think it would've made for a more interesting listen/read.

That's really a minor criticism, though. There's plenty here to like. From Dan O'Bannon's health struggles inspiring Alien to several directors' dislike of Hitchcock's Psycho, I found the book to be enjoyable for the most part. I really just with there was more of it.

Pete Larkin does a good job with the narration. He's not one who I'd necessarily seek out, but he's a capable narrator and he doesn't do anything that might detract from your enjoyment of the book.

I read this book in print form when it first came out and absolutely loved it, when I saw it on sale recently it seemed like the perfect opportunity to pick up the audiobook and give it a quick listen. The book itself is excellent, however the narrator sounds like he's doing an 8 hour movie trailer. Definitely listen to the sample before you buy this book, it took all of thirty seconds before I realized that this guy was going to read the entire book like that, and I had to stop listening. This is one of only two audiobooks I've ever had to stop listening to because of the narrator, and it's a shame because this really is a great read, and is very informative for any horror fans.

I did recommend this to my horror geek friends.

What other book might you compare Shock Value to and why?

None that I have read thus far.

The history of Wes Craven's upbringing and eventual move into horror was really mind blowing. I was like "WHAT?"

I laughed many times and shook my head a lot at the behind the scenes beefing between horror creators, writers and movie companies.

A really good book about the change in horror in the 70's.

This is a real well researched and written history of Hollywood horror from the mid 70's to the early 80's. If there is a major horror film from this period Zinoman probably writes about its making and reception. Even if you are not a HUGE horror fan (I am not) the writing about the 'creative/collaborative process' and cultural shift is fascinating and well flushed out.

Interesting book for any horror fan who wants to learn about the history of "New Horror". Narrator has a nice, comforting voice.

Amazing look at an amazing period of film.

Detailed and interesting. A deep look into the new horror of the late 60's and 70's. from Romero to Hooper Zinoman manages to touch every important moment in the Horror film genre and the narration by Pete Larkin is top notch. Well worth your audible credit.

I really liked it it was really interesting especially if you've ever liked horror movies. And the voice was very appropriate sounded a lot like an old time announcer or radio celebrity from the past:-)

I really enjoyed this! this was well written and enjoyable!!! I loved getting into the heads of these creators!

This is a great book!! I have listened to this book literally eight times straight. It is historically informative and funny simultaneously. Again, a great book!!

This book is an excellent analysis of horror over the decades. It tells of the directors producers and writers of popular horror. Names like Craven, Carpenter, Hooper, and Romero are given their own chapters and analysis of their life and upbringing as well as the work they directed.

Although the speaker of the book talks slow and dramatically throughout the entirety of the book, if you put it on 1.5x speed the speaker sounds more bearable to listen to.

I enjoyed this book and it’s an excellent source for fans of 70’s horror, and the directors that made the most quintessential horror movies of the twentieth century.