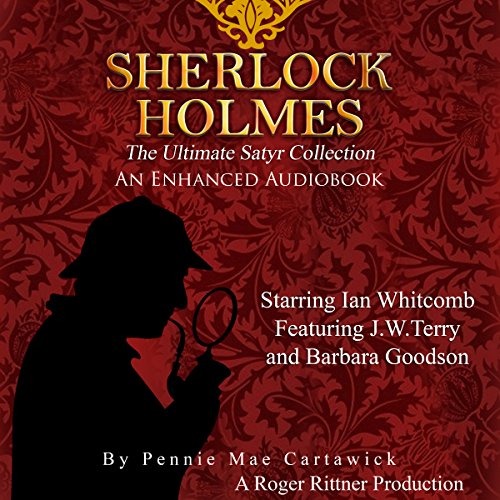 "The Game of Cat and Mouse": There came a ticking of some clock or another. And the sound of a dripping faucet somewhere in the house was like a hammer to an anvil. Our breaths were loud, but my heart sounded louder to me.

"The Mystery of the Faceless Bride": The bride carried no decaying roses, but her bridal dress was torn and burnt. Her bare legs, starved needle points, staggered disjointedly.

"The Case of the Cracked Mirror": The fireman had seen a skeleton wearing a dress coat, whose head was aflame. I was deeply worried for the missing young woman.

"A Strange Affair with the Woman on the Tracks": They began to struggle. Henry was the stronger out of the two, yet the woman's pain was unstoppable. His hands wrapped around her throat, and Jane clawed at his face until she fell.

"The Curse of a Native": Adams had violently slapped Kimilu so hard that the sheer force had floored the waiter, and the usually humble waiter had lost it.

"The Mystery of the Poisoned Tomb": "Ah good morning, John. If we do not hurry then we shall miss the unveiling of the sarcophagus." Holmes and I made our way through. They had been waiting for us. I couldn't wait to see if there really was a pharaoh in the next room.

"The Case of the Missing Mayan Codices": "I do not suppose that you have brought your revolver with you, Watson?" I shook my head to indicate that my response was in the negative to his question.

"Murders on the Voyage to India": "Murder." The scream echoed down the hallway, shaking me from my slumber and into the dim vision of the electric lights.