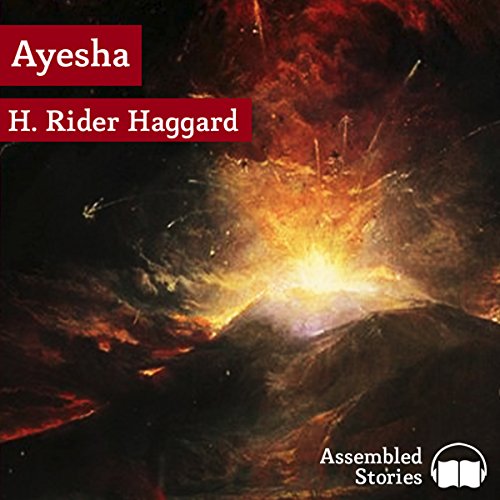 She Who Must Be Obeyed

She Who Must Be Obeyed

Twenty years have passed since their first adventure in Africa, but Leo assures Holly that Ayesha is alive and imploring him to find her.

They search through Asia and eventually arrive in the city of Kaloon, ruled by the mad Khan Rassen and his devious wife, the Khania Atene. The people live under an uneasy truce with the followers of the Priestess of Hes, who dwells on the Mountain, a huge volcano that dominates the region. Atene declares her love for Leo and threatens to kill him, rather than lose him, but with the help of Rassen, they escape the city only to have Rassen betray them.

Finally, they reach the mountain and find that the Hesea is truly the reincarnation of Ayesha, and that Atene is the reincarnation of Ayeshas ancient rival, Amenartas. To the horror of Leo and Holly, Ayesha reveals she now inhabits the body of a wizened old maid with no trace of her former beauty. Atene challenges Ayesha, but Leo declares his love for Ayesha, regardless of the form in which she now appears.

The mysterious life-force within the volcano reaches out and transforms her - her glory is restored. Ayesha vows that they will both bathe in the Flame of Life, become immortal and rule the world together. But Leo isn't impressed with immortality and world domination and there is still the problem of Atene to overcome....

A sequel to She, and like many sequels of modernity, this older work suffers similar weaknesses and lack of inspiration present in the first book. The primary problem is the sheer length of the book of which more than half is a pointless and tiresome journey from point A to point B. Even the characters in the book seem genuinely bored with it.

I would listen to She again, but am happy to say I am closing the book of this She sequel once and for all. Hasta la vista, baby.