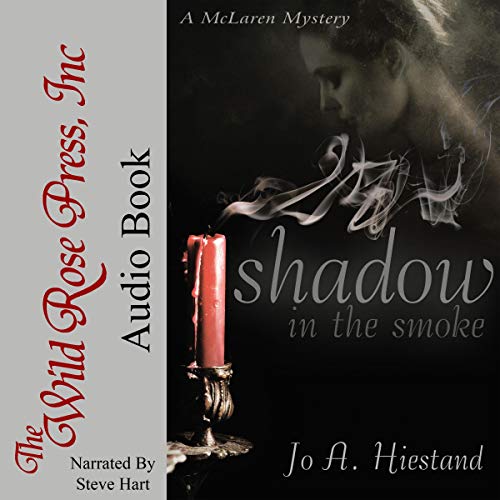 Shadow in the Smoke

Shadow in the Smoke

By: Jo A. Hiestand
Narrated by: Steve Hart

Janet Ennis tragically died five years ago in what the police labeled an accidental fire. But Janet’s mother, Nora, believes it to be murder and arson. And she’s hoping ex-cop Michael McLaren can prove it quickly, for she’s losing her memory to dementia.

As McLaren pokes through the case details, he becomes emotionally involved with the dead woman. Yet, Janet isn’t the only person who threatens his mental well-being. A series of arsons on his own property hint that he’s upset someone connected with this case.

Motives for Janet’s murder rise like the smoky tendrils of a fire. And motive aside, the murder scene seems a bit too pat: a drought-stricken landscape eager to lap up flames and a conveniently locked door barring Janet’s escape.

Will McLaren solve the case while Nora can still comprehend the resolution, or will Harvester’s plans see McLaren’s career go up in smoke?

This would have been a good read, but I got seriously confused about which country this story was situated in. Although I recognised the towns and places mentioned the narrator often pronounced them incorrectly and with what sounded like a strong Aussie accent. Very confusing.