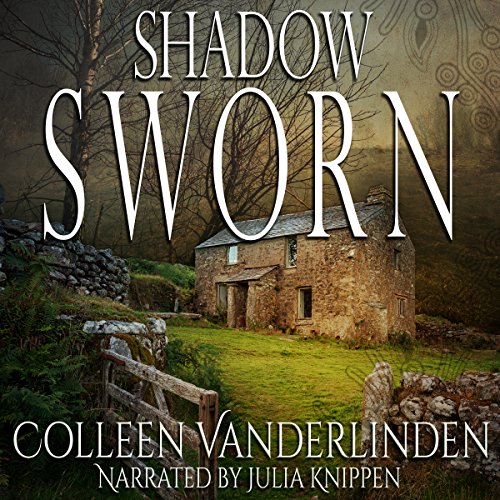 By: Colleen Vanderlinden
Narrated by: Julia Knippen
Try for $0.00

A centuries-old curse. A conniving, obsessed warlock. A darkness that grows with each passing day.

Having succumbed completely to Shadow, Sophie now struggles with both the vile, strange magic flowing through her, as well as the curse her ancestor put on the Turcotte family. In taking the curse, she saved the life of the man she's loved for her entire life.

All she needed was to buy some time.

But the curse is beginning to eat away at Sophie's sanity, and learning to wield Shadow magic in a way that might save both herself and Calder's line from its malevolence is proving nearly impossible. Sophie is in a race against time as well as her own increasing madness to end the curse before it infects Calder's family again.

An old foe awaits his opportunity.

Marshall, the warlock who now owns Sophie's soul, haunts the shadows, frustrated by both his own inability to force Sophie completely to his will and the forces that seem to thwart his every attempt to make her do his bidding. His desperation turns to rage, and an entire town will be forced to pay.

Despite her madness, Sophie must learn to wield the magic she never even wanted, or everything and everyone she ever loved will suffer. And the ultimate price she'll pay to save them will be more than she ever could have imagined.

What listeners say about Shadow Sworn

The second in the series Shadow Sworn is pretty good.Sophie has taken the curse of 'Shadow' upon herself to save Calder.She has ancient magic in her also.So many trials for one girl.Julie Knippen is the perfect narrator.“I was voluntarily provided this free review copy audiobook by the author, narrator, or publisher.”