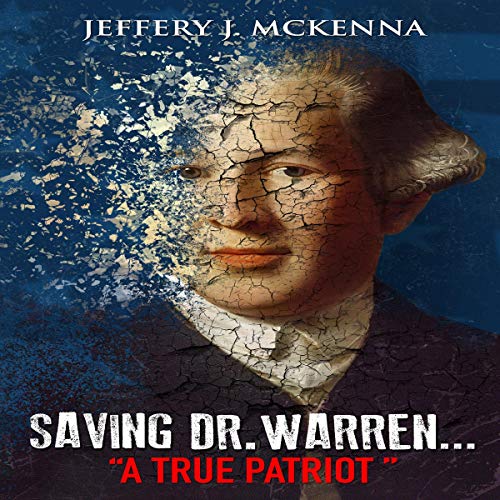 The novel, Saving Dr. Warren... ”A True Patriot”, answers that question through the eyes of a 14-year-old boy.

Steve O'Dell loves to write, and does it well. But as an eighth-grade student at Needham Middle School, his talent sometimes seems more an embarrassment than a blessing.

Then, on Veterans Day 2001, Steve’s award-winning essay propels him into an adventure twisting through Revolutionary battles and bloodshed. Thanks to the bizarre bequest of a manuscript and a musket ball from a long-lost family war hero, Steve’s journey with the Revolutionary War hero Dr. Joseph Warren begins.

A time-traveling talisman missing from the archives of one of Boston’s oldest historical societies takes Steve through portals of history, where he walks side by side with a real Boston patriot. He makes house calls with Dr. Warren on March 5, 1770, and stumbles onto the bloodstained streets of the Boston Massacre. From the killings of March 5, to boarding tea ships in 1773, Steve’s history book explodes to life as he helps Dr. Warren and forges a friendship with Boston’s True Patriot. Steve watches Dr. Warren launch Paul Revere on his midnight ride, and he helps Dr. Warren dodge British musket balls in the first battles of the War for Independence. With each adventure, Steve tastes the light that ignites The Revolution.

Steve will eventually convince others that the Revolutionary relic he was given really does open portals through time, but he faces his most difficult quest alone - saving Dr. Warren from the onslaught at Bunker Hill. Can he do it? And if he fails, will he ever return to this century?

Saving Dr. Warren... "A True Patriot" rips through the pages of history. From the Revolutionary War to the vanishing veterans of World War II, to the ashes of September 11, 2001, both teachers and students can enjoy the experience.

Ezekiel Sharp is an AMAZING narrator.
The story of Dr. Warren and a young American learning what it means to be a True Patriot comes alive through his voice and character depictions. A true delight to experience.