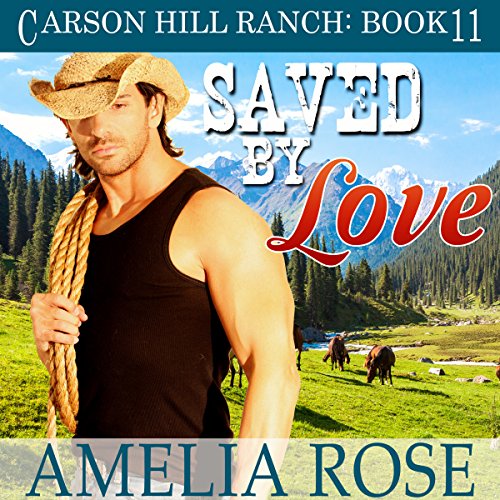 By: Amelia Rose
Narrated by: Nicole Blessing
Try for $0.00

When Laney McGrady - popular, beautiful college student and slightly spoiled semi-princess - is forced by her family to join the Carson Hill Ranch's annual cattle drive instead of spending her summer at the beach with her friends, she plans to make sure everyone is as miserable as she is. That includes Axel Carn, former cowboy and brother to one of Carson Hill's own ranch hands.

But Laney learns to see herself in a whole new light when circumstances spiral out of even her control, forcing her to see herself the way others do. When her little brother gets separated from the group and is alone in the open grassland, it will be up to Laney to grow up a little bit and learn to put others first if she ever wants to find him.

What listeners say about Saved by Love

This series is awesome!!

When I first read a little about this book, I thought oh good lord a pampered girl on a cowboy drive. *rolls eyes* However, I am glad I trust this author. This is a great story that blends new and old and I loved it.