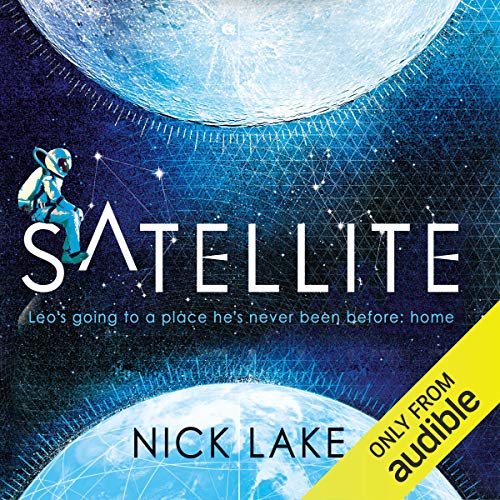 By: Nick Lake
Narrated by: Thomas Judd
Free with a 30-day trial

A teenage boy born in space makes his first trip to Earth in this engrossing sci-fi adventure for fans of The Martian from award-winning author Nick Lake. He's going to a place he's never been before: home.

Moon Two is a space station that orbits approximately 250 miles above Earth. It travels 17,500 miles an hour, making one full orbit every 90 minutes. It's also the only home that 15-year-old Leo and two other teens have ever known.

Born and raised on Moon Two, Leo and the twins, Orion and Libra, are finally old enough and strong enough to endure the dangerous trip to Earth. They've been 'parented' by teams of astronauts since birth and have run countless drills to ready themselves for every conceivable difficulty they might face on the flight.

But has anything really prepared them for life on terra firma? Because while the planet may be home to billions of people, living there is more treacherous than Leo and his friends could ever have imagined, and their very survival will mean defying impossible odds.

What listeners say about Satellite

long story, but was well written and well read. I enjoyed how the main characters felt whilst on earth.

quite a good book