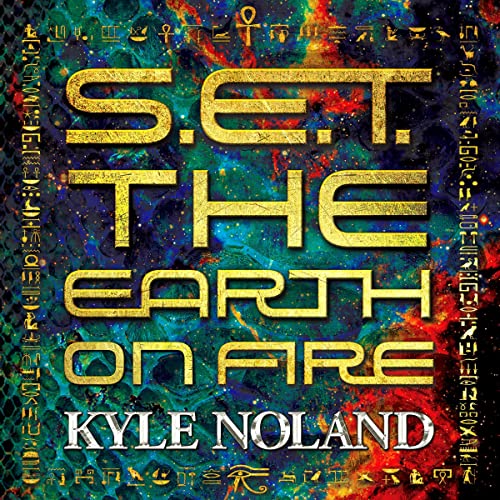 S.E.T. The Earth on Fire

It’s the summer of 3129, 1,000 years after meteors destroyed most of life on Earth. The city of Akhet endures in the barren desert landscape of what remains. Ethos, an artist living in poverty within the gilded city, renders commission work for the families of missing girls.

When his best friend reveals she and the vanishing citizens are all witches, they discover the horrifying link between the disappearances and a godlike elite named Ra. Their investigation abruptly ends in the tragic death of a beloved friend, which forces Ethos into the lawless wasteland beyond the city after escaping with his life. As Ethos traverses the desolate and dangerous outskirts, a fateful interaction leaves an alien ghost bound to his body and consciousness. They must work together if either is to survive and accomplish their conflicting yet closely connected goal.

After discovering powers forged in his bond with the ghost, Ethos vows vengeance against Ra and the rulers of Akhet, including Set, an android and self-proclaimed god. But an unseen threat stirs within the bowels of the Earth, one with an even greater thirst for revenge against Set, an ancient darkness more menacing than any god.

With the fate of the world on the line, Ethos must choose between his revenge or salvaging what’s left of his crumbling humanity to fight the dark forces both outside and within him.

What listeners say about S.E.T. The Earth on Fire