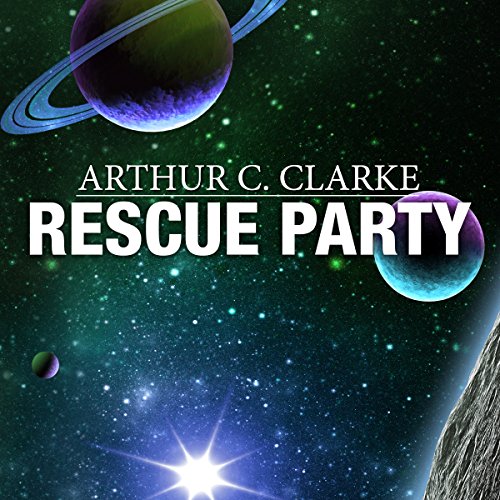 "Rescue Party" was first published in the May 1946 issue of Astounding Science-Fiction.

What listeners say about Rescue Party

Clarke was ahead of his time

Clarke was ahead of his time

His Sci-fi is amazing and so well written it’s hard to imagine he had such great insight to things we only just imagining now.

All his works are amazing and this short story just add to the collection read by Ray Porter that I’m falling in love with again. Ray is such an excellent narrator he makes the book come alive.

Clarke tells a good story about the very long term future of humanity. A scientist and novelist, a realist and a visionary.

So Captivating and Brilliant!!

I thought this short 1 hour story would be dated and past it’s time, being written so long ago. Wow, was I wrong! It could have been written yesterday, definitely worth the few bucks for the entertainment value. Surprisingly futuristic and insightful. I just wish it would have continued!!! Left me wishing for more. SO good.