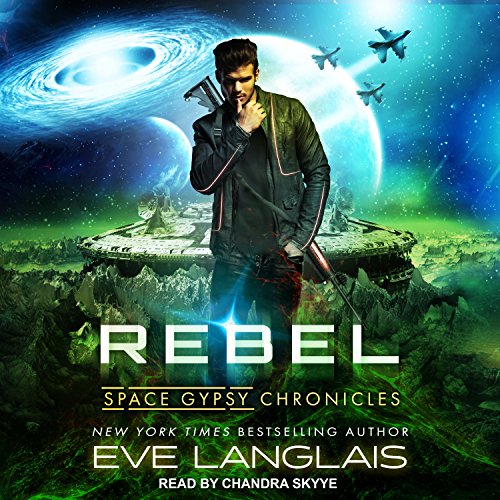 By: Eve Langlais
Narrated by: Chandra Skyye
Try for $0.00

The Rhomanii are looking for the man foretold in the prophecy, a leader that will unite the clans and lead them home. Some addled seers decided that man is Rafe. That caused a bit of an issue, mostly because there is a second foretelling, one calling him the destroyer. Cooler name, but it comes with attempts to kill him, mostly by his uncle, the archduke for the enclave. But what's a little blood and murder between family members?

Rafe is older now. Wiser. And most definitely deadlier, which is why Rafe is returning to the mighty wheel housing his clan. It seems his uncle has some of the artifacts he's seeking. Not for long. Rafe is so close to completing the puzzle and solving the mystery. Maybe even finding the mysterious path home. Time is running out, though. The forces for and against him are rallying. Grumbles and whispers tell of entire families gone silent. Who is killing them, and is rebellion the only solution? Contains mature themes.

What listeners say about Rebel

I just finished Rebel and have to say I am really enjoying this series. Can’t wait to read next one. I love the humor. Very creative plots, twists, & turns. Love each character & what they bring to the storyline.

Finished with a bang

Started slow and thought I would pull my hair out if I had to hear about Emma's cheating but it ended well.

The story is getting to a pivotal point!! Can't wait for the next book and where it leads the crew! Also love the surprises, reveals and come backs!