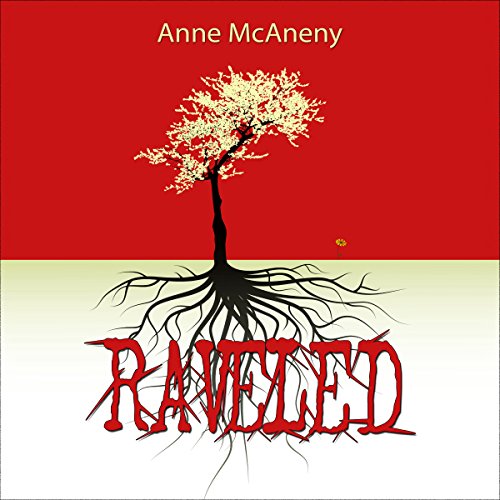 By: Anne McAneny
Narrated by: Rebecca Roberts
Try for $0.00

What's a girl to do when her imprisoned brother begs her to delve into their father's 16-year-old murder conviction? How about peel back the lies, upend the fairy tales, and roil the populace of Lavitte - a sweet apple of a town with a wormy, festering core? That's what Allison Fennimore chooses. Despite her infamous surname and people's wilted memories, this jaded cynic of a daughter sinks her teeth in and refuses to let go. She can practically taste the bitterness of that long-ago, twisted night when two teenagers died, linked to her father by bad luck and a few strands of rope.

Ignoring the dense local atmosphere, where image trumps substance and lies become legend, Allison stirs the pot. The more layers she discards, the more elusive the truth becomes. And when a key source of information turns up dead, the dark edges of resentment coil in around her like a slowly tightening noose. As revelations get ugly, Allison may wish she'd never ventured toward the forbidden fruit of truth.

What listeners say about Raveled

Not what I expected at all!

Let me start by saying this is not my normal genre, actually I normally do not like "detective" type of books at all but I loved this book. Raveled may have changed my mind about trying new genres.

I liked the main character Allison, she is a little bitter, very smart and really quick witted. The many other characters were all unique, some naive, some evil, some too easily persuaded, some just plain crazy. The story had me guessing from beginning to end, there is nothing predictable about this book! Very well written, I would read/listen to another book by the author.

The narration was PERFECT! Rebecca Roberts made this book that much better with her ability to change her voice for the many characters. Her rendition of Allison was great with a smooth voice and her emotions came though excellently! I honestly think her voice made me fall into this story completely. I will definitely be listening to more of her work!

The novel "Raveled" is so well-written and exciting. I became so involed with all the characters and could not put down the book until the end and what what an ending it was!...don't miss this one...it's GREAT!! The narrator did great too.

Would you listen to Raveled again? Why?

I think I would...it was never boring and unfolded in a very interesting way...And once the killer was revealed, I was like huh?Ohhhh ok...makes sense....I would not have guessed..

I liked it all....but Allison's gay friend from high school was hilarious!

Allison, but as I said above Allison's gay friend.....I think his name was Charlie? He was great...small part of the story, but really fun!

I was heartbroken a lot for Allison and her Mom, Also Shelbie's mom....they let that poor woman suffer for 2 weeks before informing her that Shelbie was dead...and they knew...that was so cruel!!

I was drawn into this book from chapter one.....the narration is really good and quite listenable...and the story makes you want to know more and more....This is really a semi-sad story because as you listen you realize just how many lives..this horrible night changed...and how a town was so wounded, that it never really recovered.....The main heroine Allison was just a teenage girl when her father was wrongly accused of murder...and basically nailed to the cross for not just one, but 2 murders in there tiny southern town....Well this takes a toll on all of Allison's family....her mom withdraws and as she ages begins to have signs of early dementia, her brother is an alcoholic and in a secured rehab...and Allison is just passing time as a New York bartender...Well her brother asks Allison to look into her fathers case one more time....and after convincing her, she uncovers many lies and half truths...a small town cover up that ultimately ended up in not just 2 deaths....but several more! Excellent listen! well worth your time and a credit!!! I recommend!

It happened 16 years ago.. Allison's dad was accused of not one murder, but two! Her mother, little known to Allison told her husband he was going to take the rap and her father agreed. Then the day the verdict was coming in, he hung himself. Now 16 years later, Allison'r brother is in jail. Their fathers guilt bothering him so bad. He calls Allison to the jail and says there is something there he can't remember, but he is sure it had to do with the murder his father did and asks Allison to investigate it more. This is the last thing Allison wants to do, drudge up old feelings of the towns folk, all those looks that made her feel guilty too!

Now Allison goes back to her hometown. many faces are still the same. Many don't want her to dig up trouble, but why? Read along with this story as Allison reveals the truth from 16 years of turmoil to her family. This is an incredible story with so may twists and turns in it, it will keep you guessing into next year!

The author, Anne McAneny did a great job on this thriller / mystery. The plot was so exciting. The ending and how the story unraveled - I didn't even see it coming! The narrator, Rebecca Roberts did a fantastic job delivering this story to us in such a flawless and exciting way with all her voices and emotions. A true roller coaster of a story! I loved how the cops got things taped too to help discover the truth without anyone being the wiser!

This book was a good read. Rebecca Roberts does a fine job narrating this mystery. Allison is asked by her incarcerated brother to look in to the murder charge against their father from 16 years ago.Their father died in prison.People in the town always treated the whole family badly afterwards.Allison opens old wounds and re visits many sites and people to get to the truth.The twists and turns of this novel seem never-ending!Eventually truth will win out...or will it?
This audiobook was provided to me at no cost for a fair and honest review

A really good book, with an involving story line and very good narration. You should definitely give this one a try, Thanks Anne and Rebecca.
"I was provided this audiobook at no charge by the author, publisher and/or narrator in exchange for an unbiased review via AudiobookBlast

Yes, I would recommend this title to most friends who enjoy mysteries.

What I enjoyed best about this story was how it picked up as time went on in the book. The narration was also stellar--smooth, with distinct character voices which were appropriate for the setting. The pacing was good, and as the ending got closer and closer the payoff built up very well.

Have you listened to any of Rebecca Roberts’s other performances before? How does this one compare?

I haven't listened to any of Rebecca Roberts' other books but I most likely will now. She gave a very solid performance.

I couldn't listen to this all in one sitting but once I got within about 150 pages of the end I didn't want to put it down either.

The moving pieces all fit together well and the story was well-constructed. I don't give many five star reviews--4 is more my usual for something I really enjoyed. I don't want to give any spoilers but the story rates a solid 4.

I loved the way the story would bring you to the present & flash to the past. Great mystery. Loved the narrator Rebecca Roberts has such a great sound to her voice. Does a great job with accents & love the tone of her voice. Definitely a book I'd recommend.

If you could sum up Raveled in three words, what would they be?

Loved the insane guy who... , well never mind. No spoilers.

scene with her Dad in the jail.

Would you listen to Raveled again? Why?

I don't listen to stories more than once. Too many stories and too little time.

What other book might you compare Raveled to and why?

This book was provided free of charge in exchange for a review.

This book gave many clues to solve the puzzle; but did not give away the ending in doing so.

The narrator was very good.

The plot was realistic as it showed the results of stupid actions on oneself and others.