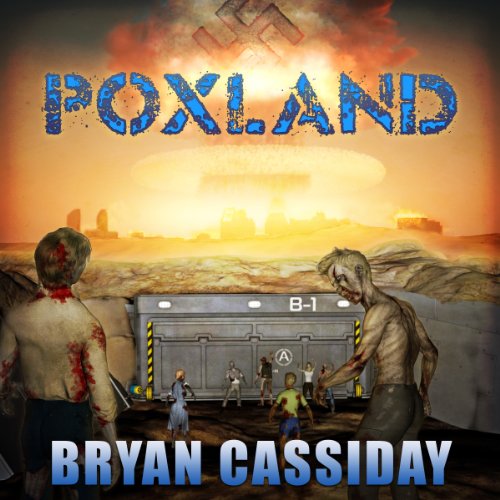 America has been devastated by both plague and the nuclear weapons used to kill off the infected flesh-eating creatures that roamed across the land preying on human beings.

National Clandestine Service black ops agent Chad Halverson and dress designer Victoria Brady take refuge in a blast shelter in the Nevada desert when an A-bomb is dropped on Las Vegas at the behest of the president of the United States.

Halverson and Victoria are forced to leave the safety of their cement shelter when they run low on water.

They join up with a band of four fellow refugees, who are not what they seem, and head east toward the nation's capitol to find out what remains of the government.

However, another band of refugees intercepts them, kidnaps the lot of them, and spirits them away to a massive bunker complex in top secret Area 51, where SS-Oberfuhrer Oswald Gutman's son, Hector Guzman, is conducting mysterious experiments. The billionaire drug dealer Guzman made his fortune in Mexico after growing up in Argentina in seclusion with his father, an unrepentant member of the Order of the Death's Head who escaped Germany via a ratline to Buenos Aires after the fall of Adolf Hitler's Third Reich.

Havlerson stumbles onto a conspiracy so diabolical it defies belief, a conspiracy so vast that it already extends into the highest reaches of the US government. Outnumbered and outgunned, as well as besieged by hordes of zombies that survived the nuclear holocaust, he must somehow defeat the cabal before it can achieve world domination.