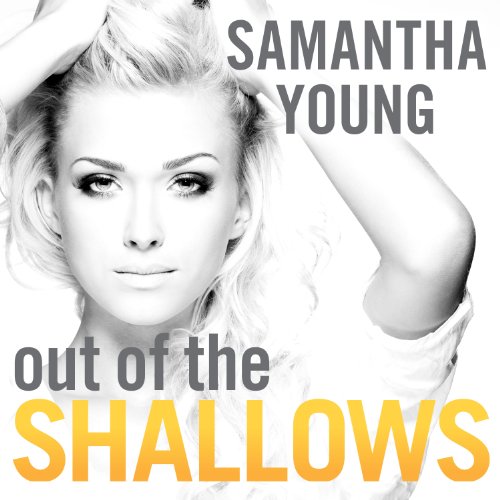 Out of the Shallows

By: Samantha Young
Narrated by: Renée Chambliss
Try for $0.00

Somehow, after everything they've been through, Jake Caplin and Charley Redford made their way back to one another. But finding each other and staying together are two completely different things.When Charley's world is flipped upside down, she begins to question the decisions she's made since her arrival in Edinburgh, and she believes that she must sacrifice her love for Jake to keep what she holds most dear.

Returning to the States for her senior year, Charley struggles to find peace and happiness. While everyone else seems to be finding themselves in college, Charley is terrified that, along with almost everything else that's important to her, she's lost herself.While friends and family deal with their own tumultuous lives, there is one person resolved to uncover the reason behind Charley's sudden defection and unhappiness. Refusing to give up without a fight, Jake believes that he is the only one who can truly understand what Charley is going through, and this time he's determined to prove that he's there for her no matter what obstacles are thrown in their way.

What listeners say about Out of the Shallows

I Love Samantha Young, but this is a miss for me

I would recommend the first book in this series but would probably skip this follow up book. The story alternates between past and present day, which can work in some books, but in this case, it is the very near past vs. present, and I think it becomes somewhat confusing (particularly if you do not have the opportunity to listen to the book in a single setting). I also did not particularly like the narrator for this book (it felt more like someone was reading the book to me than "narrating" the book). In fairness, I did not have much difficulty with the same narrator in the first book. Perhaps, the story overall in the first book was so good that I did not notice a somewhat generic "reading" feeling that permeated this book. Again, I would rate Samantha Young's books amongst some of my all time favorites (I LOVED the Dublin Street books), and I will likely continue to read every book that she writes - for the angst, compelling story, sizzling romance and fantastic characterization. However, while this book has some moments of that brilliance, it did not deliver the overall experience of her other books.

I could barely get through because of her back and forth... i found myself screaming at her around chapter 16 ... but then again her father was immature too so at least we knew where she got it! sigh, poor Jake

I got whiplash with how often it went back and worth in time. I also wish that in the end we could have learned more about their relationship once they got back together like at college plus how things turned out for everyone else.

I don’t know why I didn’t read or listened to this book earlier. I read book 1, back in 2013. I’m so glad I finally got the ending of this duet. Love anything that Samantha Young writes. All her stuff is beautiful and Amazing!!

Story was childish. Breaking up with a guy she supposedly Loved to please her parents? How old are we? Trust me. I am not giving anything away. I love SY’s Down London Road and other books in that series. This book, however was good for “Clueless” fans.

I love Samantha Young’s work. I had to get through to the conclusion of this story but lord, i just didn’t get Charlie in the end. You’re supposed to see her as a strong, heroic wisecracker but quotes like this just ruined it for me:

Very slow. Skipping chapters. The narration was poor. At the end of each sentence her enunciation was weird.

Not as amazing as the first

The first book in the series was fantastic, this one however fell a little flat. This book added unnecessary drama as well as took far too long to get to the problems at hand. The best parts of this book were Claudia and Becks story. Seeing them grow and make decisions about each other was less tedious and more interesting than watching Charlie and Jake continue to hurt one another.

Jake held on for much longer than any person typically would. I loved him still in this book he tried to be everything Charlie could need. Charlie frustrated me with her savior complex. She took so long to make a move to take back any responsibility of her life.

I am happy about the end but it did not need to take so long getting there. I also would have enjoyed hearing more of them working through their problems at the end rather than the abrupt fix we were given.

I enjoyed listening to this book but I don't know if it was the narrator but I enjoyed reading it more than listening to it. It was missing something

it was OK but dragged out

I was annoyed most of the story because it took so long to get to the point.. I liked the 1st book way better