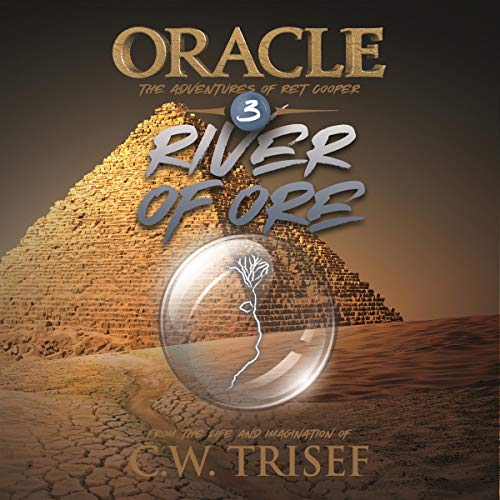 By: C.W. Trisef
Narrated by: Jeff Simpson
Free with a 30-day trial

A third scar appears, pointing Ret to the Amazon rain forest, the Sahara Desert, and ultimately the City of Gold. Trouble at every turn, in lands where deadly curses abound. Somewhere, between golden arches and ancient ruins, an age-old secret is waiting to be uncovered.

Ret’s enemies are multiplying, a grim reality that will try the hearts of his friends. The Oracle is wasting no time now, clearly hastening the gathering of its elements. Things are in full motion; Ret feels this. So does Lye; he is ready - and waiting.

What listeners say about Oracle - River of Ore (Vol. 3)

Could not have read a better book. Can’t wait till next book👍👍👍👍👍👍👍👍 what element is next for ret