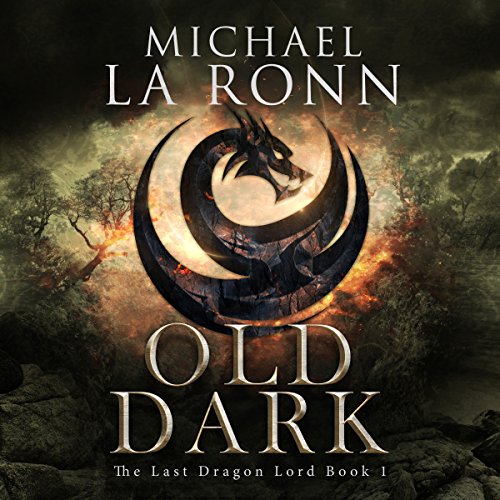 By: Michael La Ronn
Narrated by: Miles Meili
Try for $0.00

He's a supreme dragon lord at the height of his power, but there's a conspiracy brewing.

Old Dark is a viperous dragon lord who rules the world with brute force. For 200 years, he and his dragons have terrorized humanity, forcing it to pay tribute or die. Dark's palace of blood and bone sits on caverns of treasure. He's stockpiled all the world's magic for his own personal use, making him akin to a god. There is another dragon in Dark's inner circle who wants Dark's power and fortune for himself. And if Dark doesn't stop his own overthrow, he'll suffer a fate far worse than death. But Dark won't fall easily. There's a reason the ancients called him Dark the Wicked.

Old Dark is a different kind of dark fantasy, told through the eyes of a blood-thirsty dragon. Listeners who like antiheroes, the Age of Fire series, and Smaug from The Lord of the Rings will love this heart-pounding story of power, revenge, and true evil.

What listeners say about Old Dark

I enjoyed this story and am looking forward to book 2. The narrator was good with distinctive voices. Kudos also to whom ever did the cover art!

This not a Series! - it is One Book / Story that is split in to three parts

Spoiler: Ending is a WTF. I suffered though the last 2 books in hopes the story went somewhere, I was so wrong...

...did everything i wanted it to. Helped me kill some time. If you like this sort of thing go for it.