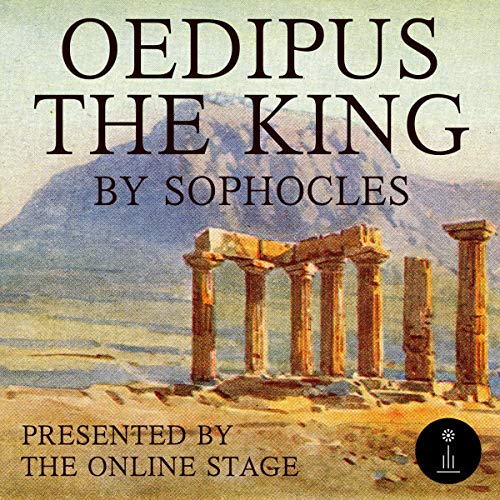 Oedipus the King, By Sophocles, Translated by Sir George Young, Presented by the Online Stage

Sophocles (497 BC - 406 BC), Aeschylus, and Euripides formed a trio of ancient Greek tragedians whose works represent the foundation of the Western tradition of classic drama. Of the more than 100 plays written by Sophocles, seven have survived to the present day in complete form. Perhaps the most famous of these are the three which are now known as the Theban plays: Oedipus the King, Oedipus at Colonus, and Antigone.

Oedipus the King is the story of a man whose life is destroyed by his own good intentions. When a terrible secret from his past is brought to the light of day, the consequences are chilling - and ineluctable.

What listeners say about Oedipus the King

I really didn't line the reading. the story is great but their performance was sub par. the translation may have also added to the problem.