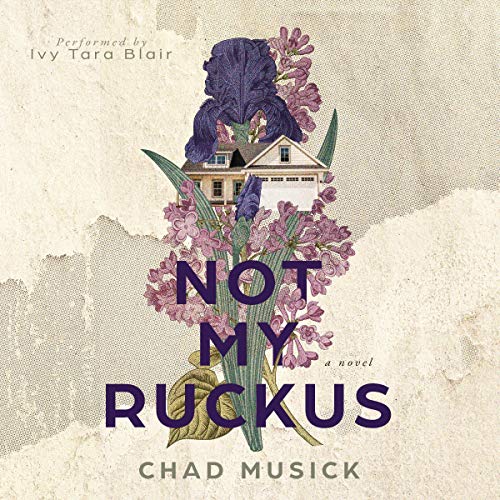 By: Chad Musick
Narrated by: Ivy Tara Blair
Try for $0.00

Folks know 14-year-old Clare isn't normal, even for a tomboy. She runs too much, talks too little, carries a gun too often, and holds a grudge forever. Only her papa's job at the bank keeps gossip quiet. It's unwise to risk the cold anger of the man who knows everyone's secrets.

Clare feels prepared for everything from fire, to flood, to demon attack. When her neighbor Esther kisses her, though, Clare has no ready script. Maybe she could write one, given time she doesn't have. At the moment of that first kiss, Esther's mom is bleeding out from a gunshot wound.

Clare can read the signs everyone else is determined to ignore. A murder was only the beginning. Esther needs protection, whether she wants it or not, and Clare won't abandon her friend just because things are hard.

Maybe one day she'll be forgiven for doing what's needed.

What listeners say about Not My Ruckus