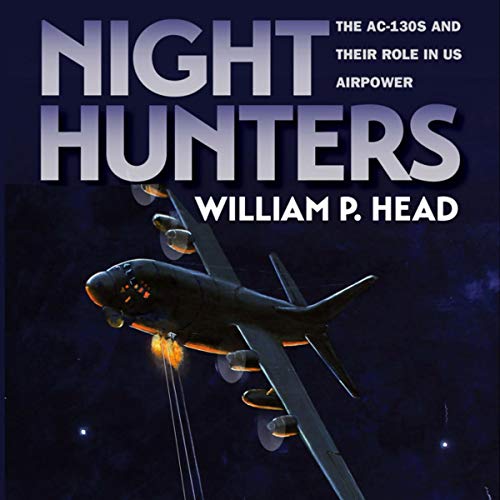 Night Hunters: The AC-130s and Their Role in US Airpower

In Night Hunters, air power historian William P. Head provides the first detailed study of the development and deployment of the AC-130 gunship. While other airframes and other types of close air support (CAS) and interdiction weapon systems preceded or flew with the AC-130s, this four-engine cargo airframe proved to be not only the longest serving fixed-wing gunship but also the most effective by far.

During the Vietnam War, the US military developed new tactics and weapons systems to counter a diversity of enemy tactics and geographic features, the difficult climate, and the shifting diplomatic context. One of the most important was the development of the AC-130. Its ability to transport heavier payloads at higher altitudes across longer distances made it the logical choice to be the final Vietnam-era fixed-wing gunship and the only one that continues to fly missions in the 21st century. In addition, it employed many of the most advanced weapons, sensors, targeting devices, and fire control systems of the 1970s or of any era.

By recounting both the technical development and the combat operations of the plane, and by looking at the proposed alternatives for its use in the War on Terror, Night Hunters offers a clear view of the role of gunships and of close air support in US wars. In today’s never-ending brushfire wars, the AC-130s continue to uphold their reputation for excellence.

What listeners say about Night Hunters: The AC-130s and Their Role in US Airpower