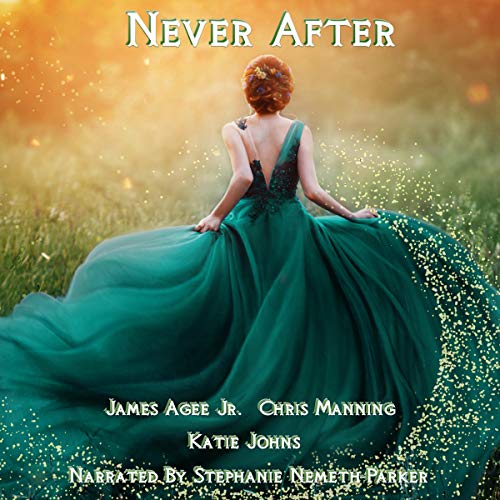 Three fairy tales unlike anything you've ever heard before.

Life is dismal for Greta and her brother, Hans, after he signs a magical contract with a witch. The siblings are bound to one another and the witches' life-altering demands. With memories of how things once were, and the hope for a better tomorrow, will Greta allow the witch to destroy their lives completely, or will she take back the life that is rightfully her own?

"The Place Where Nightmares Come True" by Chris Manning

What if the fairy tales that you know and love were nothing like the stories that you’ve been told? What if the dreamworlds created were actually inescapable nightmares? Settle in and follow me; we are about to find out.

"The Frog Princess" by Katie Johns

An adventurous retelling of the Frog Prince fairy tale; young Prince Leander comes into possession of a talking frog. Being of a very practical mentality, the young prince first disdains the amphibian until he accepts to assist with a quest. By his father, the king's orders, brawny and brash older brothers Princes Cassian and Julian must accompany Prince Leander and the frog on their way, all of whom are escorted by a band of fascinating knights. On their journey, the young princes grow up, resolve their own differences, save a dying kingdom, and take their royal places in the fantasy world.

What listeners say about Never After

The narrator did an explendid job! Worth listening to. However, the story could be improved. But I enjoyed it nonetheless.

I enjoyed this compilation of three fairytale stories. First two were great, I found the third to be more average but perfectly enjoyable. Personally really liked the narrator and the voices.

Enjoyable Stories Aimed at Older Children or YA

A "re-telling" of three classic fairy tales, Never After was an enjoyable listen.

In my opinion, these stories are best suited for a younger audience. The story style, narration, and tone reminded me quite a bit of the Percy Jackson books that I've listened to.

At just under 3 hrs, this could be a great option for entertaining the reader/listener for a road trip or flight.

The 3 stories were great, the narrator did a very nice job making the characters sound different.

Red Greta: This is a modern day story that mixes Hansel & Gretel mixed with Alice in Wonderland. This setting isn’t in a forest, nor down a rabbit hole; but in the slums of a city. This is a great story and I really enjoyed it.

The Place Where Nightmares Come True: This modern tale is a little confusing, but is squarely in the realm of magic and the impossible. Two young adults venture into the town named for Grimm Fairy Tales.

The Frog Princess: this retelling of the Frog Prince it took a little while to get moving but by the time their adventure starts it picks up.

I enjoyed listening to Never After. The first story was my favorite, would love to see it become a series of some sort!

The narrator is fantastic, she made each story jump to life and made the listening experience that much more enjoyable.

Three modern day fairytales. All three stories are great but my favorite was the first one . It had me laughing quite a bit not to mention it was a fun story.

The performance is really good. The narrator does a great job by playing all the voices in all three stories.

The first story is fantastic! I really liked it and it was my favorite. this is a 4 star rating.

Second and Third stories are good enough and enjoyable. they are a 3 star rating each.

I received this for free in exchange for an honest review.