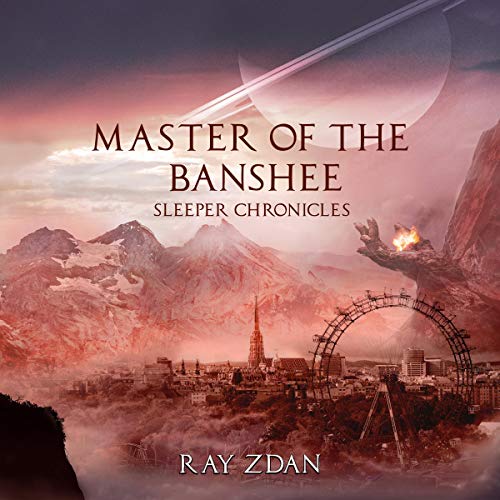 Master of the Banshee

By: Ray Zdan
Narrated by: Philip Battley
Try for $0.00

Kyle Firestone is a Sleeper, hopping between two worlds and living two different lives. He is a prince in Rehen, but back in London, he is a typical office rat, no different from the others. Being the first in line to the throne of Rehen is not easy for Kyle. Some want him killed, and others have their own twisted agenda. It doesn’t help that Kyle has no previous knowledge of Rehen, which makes him vulnerable, unable to tell his friends from his enemies.

Kyle is in a hopeless situation, lost in the underground caverns without light, food, or water. His only trusted friend Rick, a fellow Sleeper, could help him out, but Rick is gone, his fate unknown. John, another Sleeper, is a dubious ally - a bounty hunter who only weeks ago was chasing Kyle down the streets of London.

Can Kyle trust John, knowing his dark past? Knowing his death is imminent, and that death in the dream would be final, Kyle refuses to give up hope. Will he find the strength to rescue his friend before time runs out, or will his dream consume his waking life?

What listeners say about Master of the Banshee