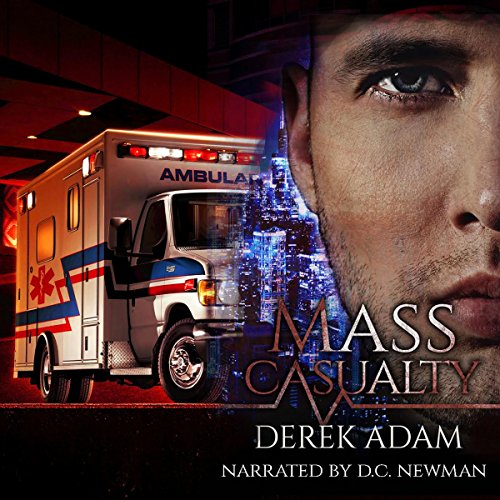 By: Derek Adam
Narrated by: D.C. Newman
Free with a 30-day trial

With 12 years under his belt as a highly-regarded paramedic in Detroit, Bobbie Badger has seen it all. Despite a tragic loss that shattered his home life, he has remained a stoic guardian to the city, committed to saving lives. Until someone, or something, chose him as a target.

As ominous warnings surface, and those closest to him begin to turn up dead, Badger's only salvation could rest with his estranged wife, Holly - a combat veteran and sheriff's deputy.

Will skill, passion, and determination be enough to overcome what hunts him?

Mature content warning: Mass Casualty is a medical thriller featuring two paramedics and includes elements of action, comedy, heroism, crime, mystery, and suspense. Some story elements are based on true patient encounters and could elicit a strong emotional response.

What listeners say about Mass Casualty

D.C. Newman brought an already beloved story to life. Mass Casualty is a story that runs on many levels and Mr. Newman conveyed them all.

Mass Casualty grabbed my attention in the first chapter, with entertaining banter, interesting characters, and just enough back story to understand the setting. The next few chapters spike your curiosity as the history of the main character is gradually revealed, with the bonus of a tastefully hot steamy scene and strong potential conflict to set the book up. You don't have to be a medic, or even be in the medical field to understand any of this book. It's written very well in layman's terms (or explained for you when absolutely needed). You feel as though you're riding along with two guys, best friends, who are everyday heroes and you are watching their shift like a fly on the wall of their rig. I'd like to warn you about which chapters drone on or could be cut from the story, but there aren't any boring chapters! The narrator was spot on and held my attention and built up the excitement all the way to the end, finishing with a great Epilogue to provide perfect closure from the story. It's been a long time since I've digested a book in a day, but it was easy with this one. The writing, storyline, characters, the second chance romance, the narrator performance... it all flowed really well and I didn't have to back-track or relisten anywhere in the book. There really aren't any wasted words. Derek Adam is able to convey story and setting in a way that adds to the story without distracting. such an epic and emotional thrill ride