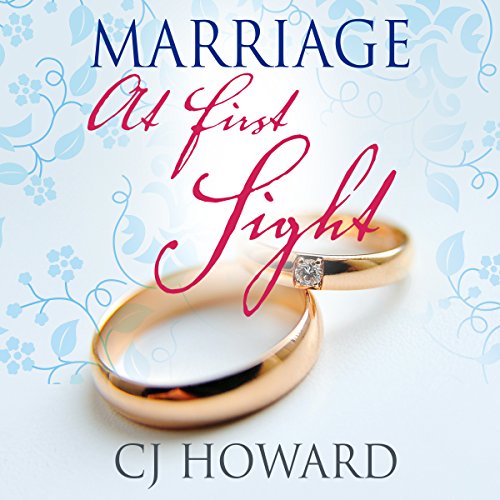 Haley had nothing to lose but everything to gain.

She would be married to a complete stranger, and their lives would be followed for the next year. If they make it to the end, they both get paid; if they divorce, they lose everything.

The man she is to marry is sales executive Ethan Richards, and the two of them must learn to get to know each other, work together, and get on together all with the cameras following their every move - something that's not going to be easy with a scheming production crew determined to cause mayhem to boost ratings.

And when sparks really do begin to fly between the two of them, the question has to be asked: Is this for love or for money?

What listeners say about Marriage at First Sight

A reality show manipulate bwwm to fall in love??

The evil reality show producers create a show to marry strangers then makes it difficult for them to stay true to their vows by stirring up temptations, lies, and trickery.. BWWM couple which would NEVER be in any reality show was an interesting twist. I really felt sorry for the characters & workers in this story.. The evils of hollywood,show business & greed for money is displayed in this story...

Of the four audiobooks I've listened to, this by far has the weakest narrator. Having characters in their early 20's, you would think the voiceover talent would be from a younger set. Seemed older, with forced scripting. Almost deleted several times, hoping her tone would improve. It didn't.

This audiobook was provided by the author, narrator, or publisher at no cost in exchange for an unbiased review courtesy of Audiobook

I tried to love this story...

Would you try another book from CJ Howard and/or Lori J. Moran?

I was gifted this copy of Marriage at First Sight in exchange for leaving an honest review.

If you’ve listened to books by CJ Howard before, how does this one compare?

I have not listened to any prior.

Would you be willing to try another one of Lori J. Moran’s performances?

It would depend heavily on the character she was reading for.

Did Marriage at First Sight inspire you to do anything?

I really, really wanted to love this book... The concept was excellent, I thought it could have been a lot of fun and still think it's a really good rough concept.

The characters were very undeveloped in my opinion, I didn't like or dislike them- they just were. I didn't identify in any way with either of them, they were fairly one dimensional.

I can say that I would feel the same had the narrator been believable as the voice of our lead female character - but it just sounded like a story being read by someone's grandmother - there is nothing steamy or romantic about that.

All in all it was a quick mindless listen, that gave me some interesting what it's... It just didn't grab me in any way, or leave me with anything unforgettable.

Yes, I would recommend for someone who enjoyed a light romance. At times the plot was predictable and the characters seemed to be a little naive.

Develop the characters more and give Ethan more of a backbone.

I felt that while Ms. Moran has a pleasant voice, there didn't seem to be any urgency to her performance when it was called for. In fact, her voice was slightly monotone at times causing me to withdraw from the story.

This is was my first book written by CJ Howard and read by Ms. Moran. I'm not sure where the let down I feel about this book can be attributed to. I can't decide if it's Howard's writing or Moran's narrating. I really wanted to get into this book as the premise seems to be a good one but I had trouble making myself finish this book. I would give both Howard and Moran another chance on their own projects.

A interesting listen a story with a twist

Yes! There is so much going on with so many twists and turns you have to find out what happens next. Just what these two are willing to do to get the money.

This is a reality show with a few twist that keeps you guessing how it will all end. It was a interesting listen at times will leave you with your jaw hanging down in shock. The author throws in some major twist that you do not see coming. How far and to what links will you go to get money? Just what are you willing to do? Are you willing to sale yourself and all your beliefs to have the money? You are about to find out just how far two people go to claim$100,000. Be prepared for the shock of your life.....

Ethan came across as an idiot who was to much in love to see the writing on the wall. He really is a sweet and caring character it just took me a little time to get over how blindsided he was. He did grow on me as he came face to face with reality and the writing on the wall. They say love is blind and I would have to agree this story shows that in many ways.

Haley I liked a lot she comes across as a well put together women who knows what she wants. The question is just how far will she go to get it? Harley has some class and it shows through in little things that she does. She has some very trying times and has to learn to deal with a lot not only from her husband but the production crew.

Lori J. Moran I thought did a good job in the narration. Her character voices were good although I did have trouble between some of her male voices. I feel she needs to work on them to make them sound more manly. She left you in no doubt as to how each character felt. She has a smooth voice that is easy to listen to. There are no breaks in the audio. Her voice is very clear, I saw no change from speakers to listening on my car radio. This is the first audio I have listened to by this narrator I would listen to her again. I really enjoyed her voice very much.

The author gives you character you will enjoy and some you will totally hate. Some your would love to bang their heads against the wall and others you just want to give a hug to. The production crew and their mayhem will leave you with your mouth hanging open. There are no links this man will not go to. There sure is a lot going on with many twist to keep the story interesting. There is no doubt you are going to keep turning the pages to find out what kind of mess these two get into. This is the first book I have listen/read of this author. I did enjoy it and look forward to reading more from her. I found I was so into this audio that I had trouble putting it down. The author doesn't leave much to the imagination as she gives you a very entertaining listen which the narrator paints a picture you can see in your mind.I totally loved this ending and didn't see that coming.

The hero was a fool, everyone spoke like they were from an eighties soap opera, and the narrator spoke so softly and without much of a change in tones to differentiate between the characters or moods that my mind wandered.

Reality TV at it's best!

In today's world of reality everything along with instant gratification consequences later, this one is totally believable. Although the author did make the "groom" a little to chauvinistic in the beginning. It worked out to be a really cute book which was quick and easy to read. Totally enjoyed it.

I never leave a written comment but I have to because I like CJ Howard books. The narrative was horrible it will take me longer to finish because it's completely boring, no life, no passion in there voice that they want to even Narrated period. I won't get be getting anymore books Narrated by this person.

narrator was terrible, it sounded like she had a

sounds like the narrator had a mouth full of spit spraying as she read! TERRIBLE

If you could sum up Marriage at First Sight in three words, what would they be?

I really was surprised by this book, at first I thought it was predictable and a little bit 'ordinary' but then the plot continued with the author throwing in some major twists that you do not see coming and you are left excitedly surprised. The inside world of a reality TV show and how far some people would go for fame and money....

I received this audiobook in exchange for an honest review. All thoughts opinions and ratings are my own. I was under no obligation to post a review or give positive feedback.Thank you very much C.J Howard and of course Lori J.Moran for this book.