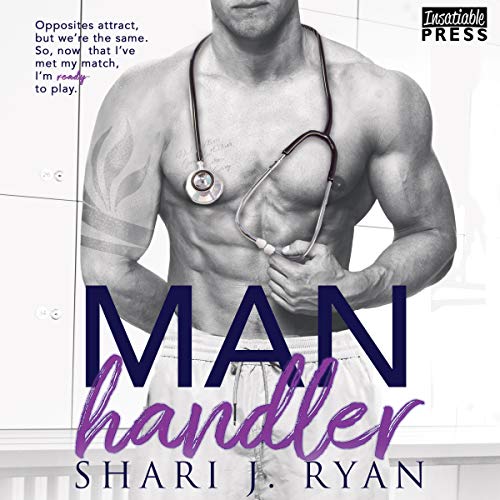 Scarlett: Blytheville, South Carolina - have you heard of it? No? Yeah, neither had I, until today. Want to know why? It’s in the middle of nowhere, and I’ve been given the ultimatum of either living on the street in Boston or accepting a job transfer down to this blank spot on the map where people say things like: “Bless your heart”, “Over yonder”, and “I reckon”. Oh, and they don’t cuss, which makes survival a bit challenging for me with my flavorful vocabulary.

I’ll cut to the chase. On day one of my new Southern lifestyle, I land myself in the hospital and meet Austin, one of the two nurses on staff. I would consider this guy absolutely gorgeous if I were into the whole tanned, smoky blue eyes, and messy sex-hair look, but I’m...not. Okay, I’m lying. If Austin wasn’t my type before, he definitely is now.

However, I was sort of rude to him. While I’m sure my first impression was probably my last, maybe I can turn on a little Southern charm (if I can figure out how to do that) and change his mind.

Austin: This chick is crazy, hot as hell, and more wound up than a taunted wild animal. I might be out of my mind, but I’m intrigued by her short temper and lack of filter. She thinks I’m just funny and sweet as pie, which I know annoys her, but she hasn’t spent time with me outside of work yet, so she doesn’t know I can dish out more than she can take.

Miss Scarlett thinks she’s tough and intimidating because she’s from big, bad Boston, but she’s about to learn how things really go down in the South.

The question is will Scarlett and Austin ever see eye-to-eye, or will they give up the fight long enough to see what they’ve been missing?

What listeners say about Man Handler

Man what a great audio

Book 3 in the series . The author wrote a story with lots of twists and turns . The heroine is comfortable in her live . Sherri the heroine hates change .
Heroine is Scarlet Hero is Austin .
Scarlet can’t imagine living anywhere but Boston . Scarlett has a problem at work , she’s late once to many times . She’s given an ultimatum. She can either relocate to one of their chain hotels in Blytheville, South Carolina, or she can be without a job. Scarlet grabs that offer . Once she arrives at her new job located she just doesn’t feel it . During a hospital visit she meets $exy nurse Adam over something minor and Sherri thinks it’s stupid.
Austin knows that Scarlet doesn’t belong down south . Scarlet sticks her nose up in the air and gives attitude. Adam tells Scarlet that he gives her a month before she packs up and runs back home .

The performance of Melissa Moran and Adam James was great . They worked well as a team . Their voice were strong together, and smooth