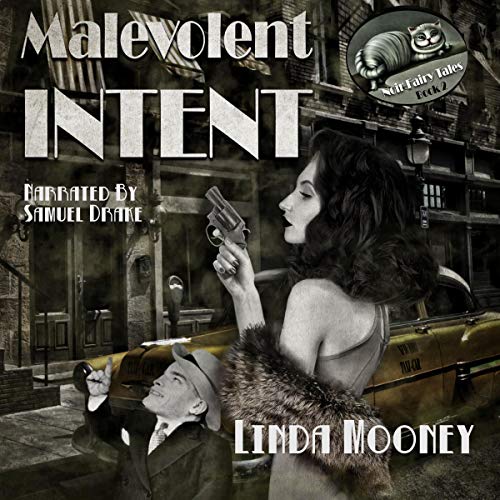 By: Linda Mooney
Narrated by: Samuel Drake
Try for $0.00

The 1940s. Life in Grimm City can be just as fabulous as it is dangerous. But it's not a place that can be found on any map. Welcome to a world of gun-toting, hard-drinking, cigarette-smoking fairies, elves, dwarfs, shifters, and witches, as well as human beings. Welcome to Noir Fairy Tales.

Rose White has had a string of bad luck, and it doesn’t seem to be ending any time soon. When two fairies are found dead in her nightclub, her livelihood is shut down until further notice. With no income coming in and her employees left hanging, she’s forced to look for other alternatives.

Detective Rich Florian is on the case of the dead fairies and soon learns they were poisoned. The nightclub owner and the miner gang, her partners, are his first suspects, but Rich isn’t so quick to pin it on them. He’ll need to investigate further, and not just the DBs - something about Rose is drawing him in, as well. And he’s convinced she’s innocent.

Just like every other bad thing that’s happened to Rose, her stepmother Queenie seems to be right in the middle of it. She offers to loan Rose the money to pay her way out and stay afloat, but as always, Rose knows the help would come with a much higher price.

How far would Queenie go to get what she wants? Murder? Arson? Even with the protection of the gang and her handsome detective, Rose still needs to keep her eyes open. But, sometimes, the most obvious suspect isn’t who you need to look out for.

As we’ve learned before, things in Grimm City are almost always not what they seem.

What listeners say about Malevolent Intent

Mrs. Rose White just can't catch a break and someone is out to take her bar and maybe her life. Enter knight in shining armor, sexy detective Rich Florian. He's on the case to rescue the damsel in distress and hopefully win her heart before it's too late.
This story is based on Snow White and I loved Linda Mooney's fresh but historic take on it. Definitely a must read for PNR/UF fans who want a little mystery, a little romance, a little magic and memorable characters with no heat. It's a clean romance. Enjoy!