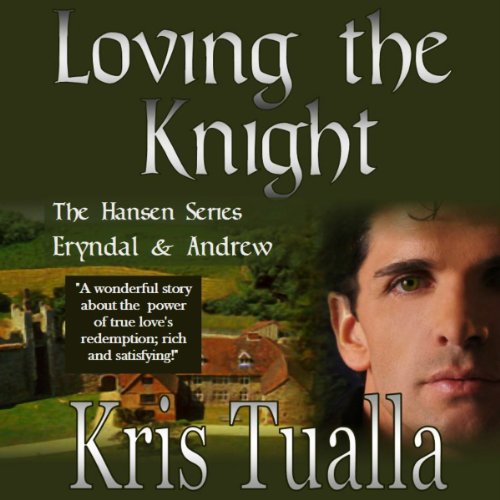 By: Kris Tualla
Narrated by: Phil Williams
Try for $0.00

Lady Eryndal Bell is a fraud. A bastard orphan, she has claimed the Bell estate in the aftermath of the Black Death. When Lord Andrew Drummond, courtier to King David II, arrives Eryn hides her treasonous deception from the knight, despite his passionate proposal. After Drew discovers her lies, will he convince the king to spare her life? And will either one move beyond their stubborn pride and painful pasts to salvage love…before it's too late?

All would be fine if Lord Andrew Drummond hadn't made an unexpected visit on behalf of King David II, held in the Tower of London as prisoner of England's King Edward III. Drew, as the Scottish king's main connection with the country he reigns over, has been traveling all over Scotland at the king's behest. He is to assess the damage from the Black Death that has devastated the country; the country King David expects to raise the ransom to secure his freedom.

What listeners say about Loving the Knight