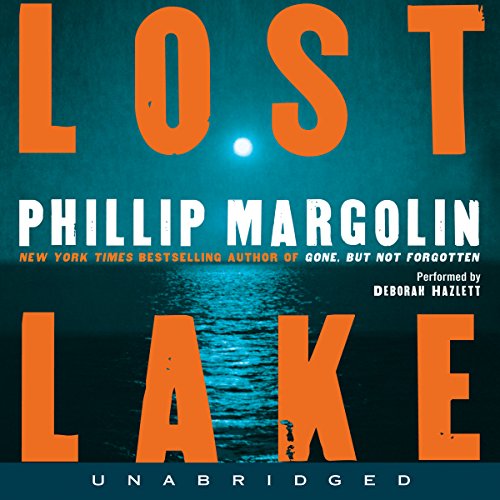 By: Phillip Margolin
Narrated by: Deborah Hazlett
Try for $0.00

It's a beautiful summer night in Portland, Oregon. Ami Vergano, a young attorney and single mother, arrives at her son Ryan's little league game with their tenant and new friend, Dan Morelli. When the assistant coach calls in sick, Morelli seems happy to help out. But then one player roughly blocks another and a fight erupts. Before the game ends, Ami witnesses violence that shocks and horrifies her and makes her question everything she thought she knew about Morelli.

On the other side of the continent, ex-mental patient Vanessa Kohler, a reporter for Exposed, a tabloid that specializes in alien abduction stories, watches a piece on television about the little league massacre and quickly places a call to the FBI. For years she's been telling anyone who will listen about a vast government conspiracy to conceal a secret military unit headed by General Morris Wingate, a presidential candidate, and for years everyone has dismissed her stories. But when Vanessa sees Dan Morelli fighting, she believes she's found the key to proving that her theories are true.

Vanessa hires Ami Vergano to represent Morelli, who is charged with attempted murder, and Ami is drawn into Vanessa's paranoid world. Are Vanessa, a former mental patient, and Morelli, a confessed mass murder, telling the truth about one of the nation's most respected soldiers and politicians? Or are their charges the products of two sick minds? Ami has to decide who and what to believe in Phillip Margolin's most exciting and surprising thriller since his breakout best seller Gone, But Not Forgotten.

"Margolin's eleventh may be his best, with everything a thriller should have." (Kirkus Reviews)
"Delivers the goods, with plenty of action, suspense, and danger." (Booklist)
"The suspense [is] high...surprises keep coming....A labyrinthine plot built on twists and surprises." (Publishers Weekly)

What listeners say about Lost Lake

I've always liked Philip Margolin. His "Gone But Not Forgotten" is a masterpiece in the "fool the reader" genre. But over the years, his work, while well written, has taken on a certain predictability. You pretty much knew where it was going from the beginning, even though the getting there was enjoyable.

"Lost Lake" is different. Margolin has entered the spy genre and he does it very well. The novel has all the requisite surprises, but the surprises are accompanied by a new boldness in prose and a humanity in his characters. I like this Margolin very much. I hope he sticks around for awhile.

Not worthy of Margolin or his fans...

I have been reading Philip Margolin's novel since his "Heartstone" came out in 1978. Only a couple of his books are truly great, but the potential is usually there. This tired old book was boring, lackluster -- how many ways can I say "uninteresting"? I will continue to pick up Margolin's books in the future, but I'll wait til they hit the discount bins.

I love Margolin's books. This one isn't necessarily a legal thriller, but one filled with murder, spies, and corruption.

Trite, predictable, and paper thin stereotypical characters. Don't worry about trying to remember the story line, it will be repeated over and over and over.... The twist in the tale is there is no twist.

While there is nothing wrong with this story, there really is nothing special or exciting to pull the reader in or create a sense of suspense. The plot seemed to go from point to point with no challenges to the reader or the story. The narration was good. This is my first book by this author so not sure if this is a respresentative example of his writing.

Morgolin masters the way he can put you right there in the middle isle of a movie theater. Lost Lake does just that. Books like this makes you just wonder what is really going on in the war right now. None stop thriller I would highly recomend. Plus any of Margolin's books.

Did I listen to the same book these others have reviewed? The beginning is good and moves along nicely through the little league scene. Then Dan is hospitalized and launches into a long-winded and tedious recounting of his past. Finally we come back to present day, only to hear the same drawn-out story from another character. Then, two hours from the end, we go to court and hear the same dull story a third time! The story drags on until the last 30 minutes or so, then winds up with a predictable ending.
It's hard to say whether the reader aided or abetted. She might do better with better material. In this instance, her sing-song voice just added an element of lullaby to the dull, long-winded story.

I couldn't wait to get in my car to listen!!

I truly enjoyed this book, sometimes I went back to the beginning just to make sure that I grasped the story, but otherwise it was extremely entertaining and very gripping. I completely enjoyed the characters and would be very interested in seeing if this would make the big screen.

Another winner by Phillip Margolin

I really enjoy stories by Phillip Margolin. Having grown up in the Portland, Oregon area, it is especially fun to recognize the names of familiar landmarks and areas I frequented over the years. The book, "Lost Lake" is no different. However, I was disappointed to hear the reader, Deborah Hazeltt, mispronounce the word Willamette. She used the pronunciation of the Willamette in the east not the pronunciation used in Oregon. I hope that the next time Phillip Margolin has a book published, the reader (and publisher) will do the necessary research to ensure that the names unique to the Pacific Northwest are pronounced correctly.

Otherwise, this is a very entertaining and fun book and I recommend it to all readers who enjoy mysteries.