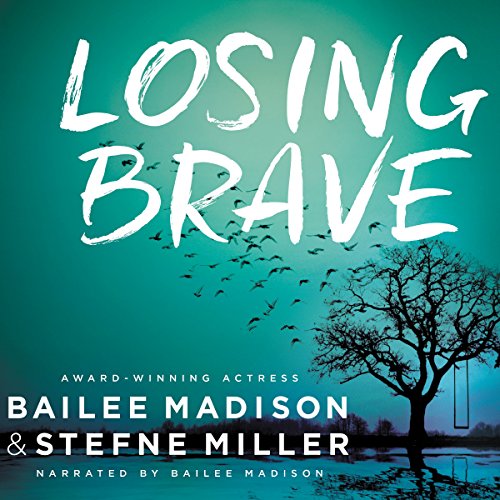 Payton Brave's twin sister, Dylan, has been missing for more than a year. So has Payton's memory.

Amid the turmoil of her sister’s disappearance, Payton feels lost as the one left behind. Her mental state wrought and reckless, she tumbles from the graces of popularity to the outskirts of high-school society, where she attracts a ragtag group of friends - and a troubling romance with her sister’s boyfriend, Cole.

Though Payton remembers nothing of the day Dylan disappeared, she must pry into her own mind when another missing girl’s body is recovered from a nearby lake, the victim’s features eerily similar to Dylan’s. The further Payton presses into the recesses of her memory, the more danger surrounds her. The darkness around her sister’s disappearance grows, and the truth becomes more and more unbearable.

What she finds might just cost Payton her life.

What listeners say about Losing Brave

Did not know what to expect.

This book was a pleasant surprise. I didn't know what I was walking into when I chose to read it. I didn't even read the little synopsis that amazon gives before reading it. I didn't have any idea what it was going to be about. I just took a leap of faith. The storyline was fantastic, and At first it was hard to track the differences in time but then as long as you paid attention to the yea, you start to grasp it. Also there started to be an order with that sometimes. The twists and turns were unpredictable and I appreciated that. The characters were very well developed especially "Poe". Everything about this book was great. I highly recommend it. And Bailee Madison's reading of the book was just what this book needed. and It was nice to hear the author actually read the book.

This is such a sweet book! I love Bailee Madison! She is one of my favorite actresses and I had no idea she co-wrote a book. I'm so glad that she also narrated it. This is a fun listen and has lots of fun / sweet characters. I am really happy I stumbled upon this book. The story line is well written.

This book has me on the edge of my seat. It was written beautifully and kept you wanting more. Had a perfect plot twist that had me shocked. I loved every minute.

This is quite possibly the best book I've ever read/listened to. Thanks Bailee and Stefne.

loved it! great writing! twist at the end was worth waiting for! buy this book!