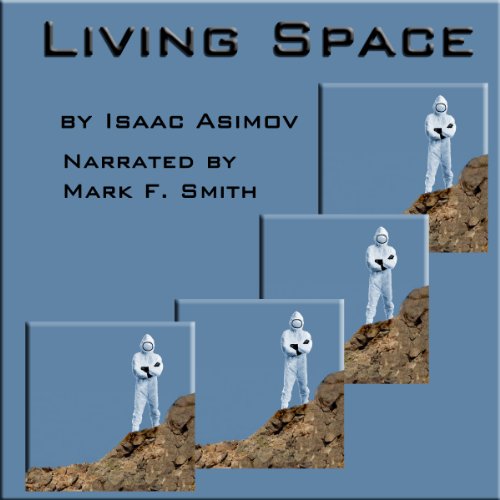 When the technology for twisting to other probability patterns was developed, a grateful Earth solved its overcrowding by sending people to live on Earths where plants and animals never got started. Each family could have its own planet, because there was an infinite number of such alt-Earths available, and the computers never assigned the same one twice. Trouble was - someone else had the same idea!

What listeners say about Living Space

Isn't it just like Asimov to take an idea that's WAAAY out there and somehow make it seem like no big deal to the reader?
This is one of Asimov's short stories that is about the human race using alternate realities/timelines in order to solve its overpopulation problem.

What could possibly go wrong?!

These old sci-fi stories are great fun. It's almost always rewarding to read something obscure by a great old sci-fi author like Isaac Asimov.

The narration wasn't bad, but I think I've been spoiled by some of the truly fantastic narrators I've heard on Audible. I was going to give it four stars to be generous, but was listening again as I wrote this and heard a hesitation that really should have been edited out. And some of the character voices were inconsistent and seemed not quite right. So three stars.