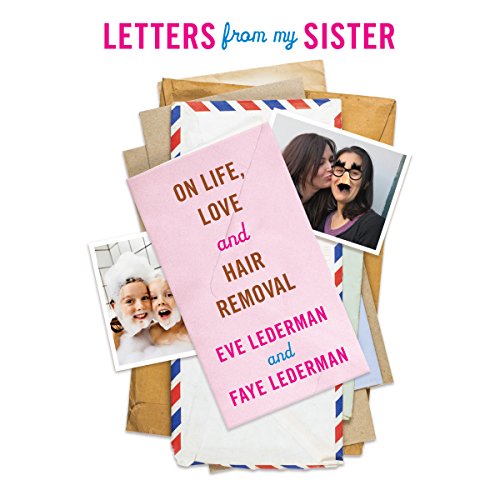 Letters from My Sister

Letters from My Sister

Letters From My Sister began with a simple letter about a bad job interview or a bad hair day, seeking comfort from hundreds of miles away. One letter plus its response became two, two became four, and four became 120 over the course of a year in which Faye approaches college graduation in Chicago while Eve establishes her career in New York City. Through their correspondence, the Ledermans relate stories and reveal secrets in a way that only sisters can - with a raw openness and honesty derived from a lifetime of shared experiences that surpasses the bond of best friends. By exposing their foibles and fears, each reveals glimpses of real life, both silly and serious. While their stories are personal, the book’s themes are universal and offer perspective on larger issues. The sisters confront their femininity, but they are not confined by it; rather, they use it as a prism to critique many aspects of modern society. As the authors trade beauty secrets and hair removal nightmares, they simultaneously criticize the social construction of female beauty and laugh at themselves for buying into it. Faye finds a Russian waxing woman who nearly renders her bald, and Eve tracks down the eccentric inventor of the "Tweezerman" that is "so precise it can pluck in the dark." Gender roles, career choices and family relationships are all fair game, subject to intense scrutiny, and as a result, hilarity. With a biting sense of humor, the Ledermans laugh long and hard at both their successes and failures. They learn to love their silly, imperfect, and often self-absorbed selves, enticing listeners to do the same.