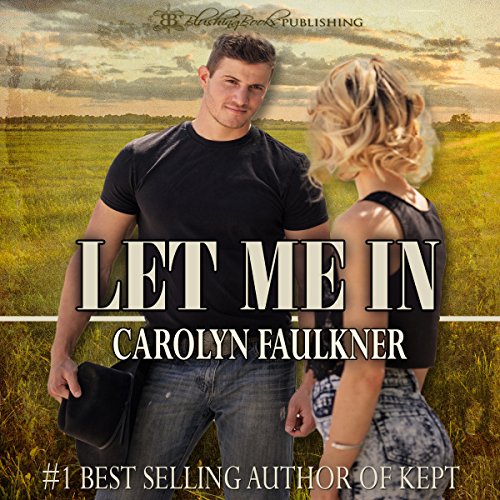 By: Carolyn Faulkner
Narrated by: Sydney Grace King
Length: 3 hrs and 39 mins
Categories: Romance, Erotica
3.5 out of 5 stars 3.7 (14 ratings)
This title is included in Audible Escape

Submission didn't come easily to Miranda LaVoie, least of all to a man like Mace Kennedy, who everyone in town but her seemed to be chasing.

But she didn't need a man - she didn't need a dom, especially, she was quite sure. Her streak of independence was a mile wide, thanks to someone in her past, who she had been stupid enough to trust with the knowledge of what she craved between the sheets.

Mace had known he'd wanted Miranda from the moment he'd seen her - as she was gracefully gliding away from him, which she seemed to do a lot of. But he could be a patient man when the goal was worthy enough. His head, his heart, and his loins deemed that having her in his arms, beneath him, or over his lap was more than worth any expenditure of time or effort, as he fought to banish the shadows of fear he saw in those beautiful eyes.

Much better story line, but especially a different narrator

If you’ve listened to books by Carolyn Faulkner before, how does this one compare?

Not as interesting as others I've read.

Every phrase ended with a lower pitch and a pause, so each phrase sounded like a disconnected sentence, quite a dead presentation. I couldn't finish listening because the narration drove me crazy.