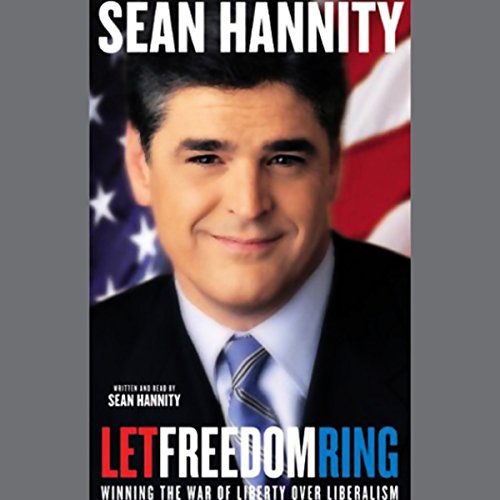 Devoting special attention to 9/11, the war on terror, and the continuing threat we face at home and abroad, Sean Hannity makes clear that the greatest challenge Americans have to overcome may not be an attack from overseas, but the slow compromising of our national character. And he asks why, particularly in this time of war, we should entrust our future to the voices of the Left, the very people who have spent decades ravaging so many of our core values and traditions?

Our nation, as Hannity reminds us, was founded on the idea of freedom. And in order to protect our freedoms, he argues, we must stand vigilant against liberal attempts to compromise our strengths. From our military and intelligence forces to our borders and airports to our unified commitment to root out terrorists at home and abroad, he reveals how our strongest lines of defense have come under attack, by left-wing voices within our government, media, schools, and elsewhere. And he shows how even domestic issues like taxation, education, patriotism, and the family have been exploited by liberals with their own agendas, with potentially disatrous results.

"Throughout the work, he reads comfortably and conversationally." (AudioFile)

I read this book when it was published and then listened to it as soon shortly after it was available at Audible. Two words describe this audiobook: MUST LISTEN.

Hannity gives specific examples of the things that anit-Americans are doing to try to destroy this great country. Luckily, the destroyers are a minority, althouth they are a very vocal minority with a lot of power in the media.

After you read or listen to the book, read some of the reviews from the people who gave it a bad rating--it is obvious that they haven't read even the first chapter.

The truth hurts some people.

Clear and Concise expose' of the Left.

Sean Hannity stands up for the values that formed our Nation and puts the onus on those who would bring down our Nation from within. Few have the courage to label the anti-patriotism practised by the far left for what it really is. A must read for those who want a different view from that foisted upon us by the increasingly left-leaning and anti-patriotic media.

Sean Hannity has a great message to all of us...

Sean in his own words. Wonderful book that hits home.