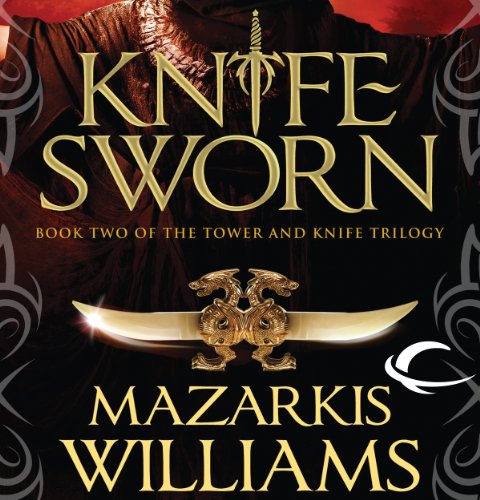 Mazarkis William's debut novel, The Emperor's Knife, was praised for its exotic settings, gripping intrigue, and vivid, full-blooded characters. Now Williams returns to the sumptuous palaces and treacherous back alleys of the Cerani Empire, where intrigue, passion, and dangerous magic threaten the very soul of a newly-crowned emperor. After spending most of his life in captivity and solitude, Sarmin now sits upon the Petal Throne of Cerana. But his reign is an uneasy one.

Ambitious generals and restless soldiers want war at any cost. An insidious foreign religion stirs fear among the people and the court. And the emperor's own heart is torn between two very different women: Mesema, a Windreader princess of the northern plains, and Grada, a lowborn untouchable with whom Sarmin shares a unique bond.

A natural-born mage, Sarmin also carries within him a throng of bodiless spirits whose conflicting memories and desires force him to wage a private battle for his sanity. In times past, a royal assassin known as the Emperor's Knife served as the keen edge of justice, defending the throne from any and all menaces, but the last Knife has perished and his successor has yet to be named. For his own safety, and that of the empire, Sarmin must choose his own loyal death-dealer…but upon whom can be he bestow the bloody burden of the Knife-Sworn?