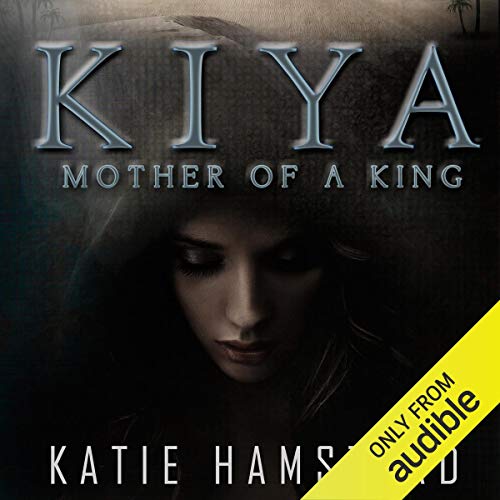 KIYA: Mother of a King

By: Katie Hamstead
Narrated by: Dara Rosenberg
Try for $0.00

Nefertiti has forced Naomi to flee Amarna with Malachi and the three children. But even under the protection of Naomi’s family in Thebes, Nefertiti still hunts her and Tut. Nefertiti sends assassins to kill them, and while Naomi fights to protect the children, Malachi fights to keep her safe.

With three children in tow, one of which isn’t her own, she is labeled the harlot outcast wife of the pharaoh and is shunned. She isn’t safe among her own people, and flees from being stoned to death. Although her family protects her, she must find a way to survive.

While Naomi struggles to keep herself and Tut alive, old adversaries return as Smenkhkare takes advantage of Akhenaten’s ailing health. Naomi must rely on Horemheb’s promise to protect Tut’s birthright, but her feelings for Malachi could cause more problems with Horemheb than she expects.

What listeners say about KIYA: Mother of a King

I loved the second book just as much as the first book I laughed and cried and even got mad but this was also well written and well narrated this author and narrator I am going to have to add to my favorites. I am looking forward to listening to book 3

One thing I often say is "in the absence of correct information, people will make up what they don't understand, often with disastrous results!" Kiya returns to Thebes to be safe, sent secretly by her husband with Malachi as protection. She doesn't want to shame her husband and can't afford to tell anyone else anything, because the only way a secret isn't revealed is if it's never told! So she has to deal with the attitudes of the people she returns to, who don't know the truth about her situation. Kiya maintains her integrity, faithful boldness and strength. She finally marries Malachi and starts churning out the babies.

Then, if all that wasn't enough, Kiya has to let her son Tut (Tutankamen) go, at 9 years old, to be Pharaoh in what is still very much a cesspool of intrigues, murders, assassinations, rapes and suspicion. So, since she can't be there, she enlists the help of Horemheb, her friend, sometime tutor and highly skilled, highly dangerous warrior. She and Horemheb find some creative ways to maintain her relationship with her son.

Extremely well laid out characters that you care about what happens to them. Fantastic love story! Wow, just wow!!

Wow, this book was even better than the first book of the series. Kiya, the main character, is a strong-willed, caring mother who always seeks the best for her family. The series stays true to the customs and ways of the people during this time. Have thoroughly enjoyed the series and can't wait for the last book. If you want something to keep your attention, then grab this series. Definitely a worthwhile read.

What made the experience of listening to KIYA: Mother of a King the most enjoyable?

I really enjoyed this entire trilogy. But definitely regret buying the audiobook, because I don't think the narrator did the story justice. I couldn't listen past the first 30 mins since the narrator's voice was completely off for the character she was supposed to be portraying. She made Kiya sound like a preteen valley girl. Huge disappointment.

Would you be willing to try another one of Dara Rosenberg’s performances?

I had hoped this was a story wrapped within a history lesson on Queen Kia. However, this is all very much made up. Science has not proven king Tut to have much history printed on him. And no one knows never mind prove any of this story is even a little true. I received this book at no charge in exchange for an honest review. It was not bad but lack any of the true facts or history I had hoped to have.

I did not like the narrator. Sound wrong. Needs a deeper, softer voice. This more like teen reading a report.
Thus could not really get into the story.