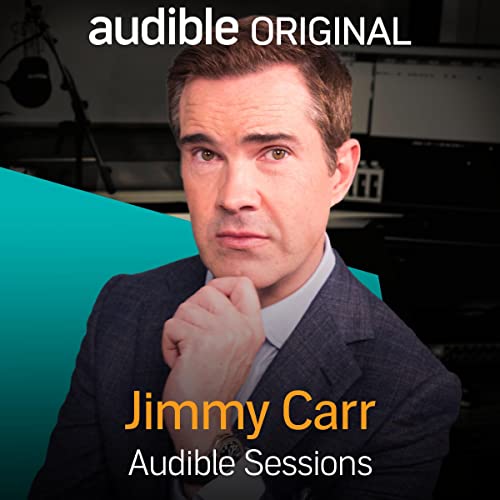 Carr, best known for his dark one-liners and signature laugh, didn't begin life as a comedian. After studying social science and political science at Cambridge, he began working for fuel company Shell. While there, he began reading self-help books and, feeling miserable, decided to make a change - he gave up his job and learned how to write jokes, got his first gig as a stand-up and changed his life! He has been hosting comedy shows ever since, such as 8 Out of 10 Cats and its Countdown counterpart and The Big Fat Quiz of the Year. He also regularly appears on panel shows such as QI and A League of Their Own.

Carr has now put his life into words in Before & Laughter, part self-help book and part memoir. We'll be chatting to him about why we’re verbs not nouns, how his 2012 tax scandal still affects him and now that he’s a dad if his jokes have become even darker.

What listeners say about Jimmy Carr

Thought out, entertaining, thought provoking and laugh out loud funny at times..
It absolutely hits the spot.