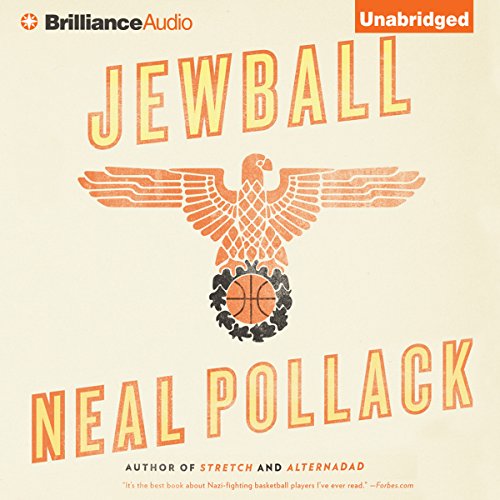 A Novel
By: Neal Pollack
Narrated by: Peter Berkrot
Length: 5 hrs and 39 mins
Categories: Fiction, Historical
4 out of 5 stars 3.8 (5 ratings)

1937. The gears of world war have begun to grind, but Inky Lautman, star point guard for the South Philadelphia Hebrew Association, America’s greatest basketball team, is dealing with his own problems. His coach has unwittingly incurred a massive gambling debt to the Bund, a group of American Nazis. His main basketball rival is self-righteously leading public protests against homegrown American fascism. It’s more than Inky can deliver. He just wants to play ball and occasionally beat people up for money. When the Bund comes calling for what it’s owed, Inky has to make a stand for his ragtag bunch of teammates and the coach that got them into this mess. With the Bund closing in, Inky’s game isn’t just basketball anymore. It becomes a battle that pits Jewish pride against Nazi fascism. The tides of history are flowing against a guy like Inky. Can he make his free throws and still make it through the season alive? Get ready. This…is Jewball.