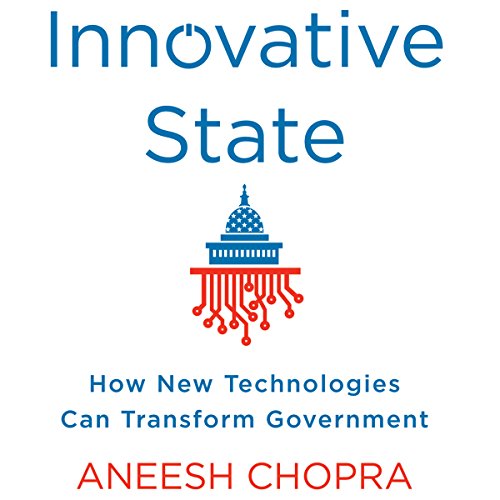 By: Aneesh Chopra
Narrated by: David Marantz
Try for $0.00

Over the last 20 years, our economy and our society, from how we shop and pay our bills to how we communicate, have been completely revolutionized by technology. As Aneesh Chopra shows in Innovative State, once it became clear how much this would change America, a movement arose around the idea that these same technologies could reshape and improve government. But the idea languished, and while the private sector innovated, our government stalled, trapped in a model designed for the America of the 1930s and 1960s.

The election of Barack Obama offered a new opportunity. In 2009, Aneesh Chopra was named the first Chief Technology Officer of the United States federal government. Previously the Secretary of Technology for Virginia and managing director for a health care think tank, Chopra was tasked with leading the administration’s initiatives for a more open, tech-savvy government.

Inspired by private sector trailblazers, Chopra wrote the playbook for governmental open innovation. In Innovative State he offers an absorbing look at how open government can establish a new paradigm for the internet era and allow us to tackle our most challenging problems, from economic development to affordable health care.

What listeners say about Innovative State