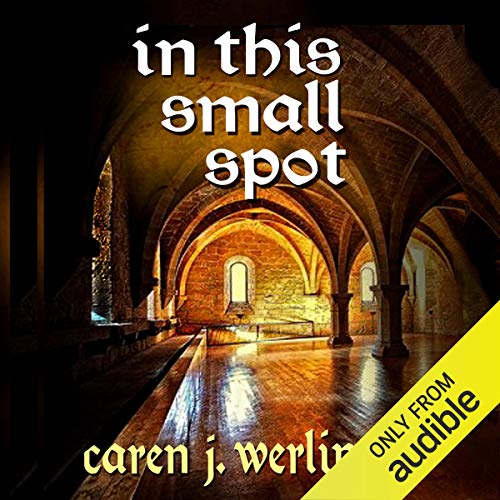 In This Small Spot

By: Caren J. Werlinger
Narrated by: Gabra Zackman
Try for $0.00

“Here, the true you is most often magnified, for better or for worse.”
Abbess Theodora

In a world increasingly connected to computers and machines but disconnected to self and others, Dr. Michele Stewart finds herself drowning in a life that no longer holds meaning. Searching for a deeper connection after losing her partner, Alice, she enters a contemplative monastery, living a life dedicated to prayer, to faith in things unseen. Though most of her family and friends are convinced that she has become a nun to run away from her life, she finds herself more attuned to life than she has been in years. Stripped of the things that define most people in the outside world - career, clothing, possessions - she rediscovers a long forgotten part of herself. But sooner than she expects, the outside world intrudes, forcing her to confront doubts and demons she thought she had left behind. The ultimate test of her vocation comes from the unlikeliest source when she finds herself falling in love again. As she struggles to discern where she belongs, she discovers the terrifying truth of Abbess Theodora’s warning. For better or for worse.

What listeners say about In This Small Spot

I loved In This Small Spot. Note: I cried almost the entire time I read the book. I practically cried thru the whole audio. Such a moving story. I think the issue of the structure of organized religion VS. your own personal religious practice is something most of us can identify with. This book also touches on forgiveness. If you do it with a whole heart it benefits everyone involved. Gabra Zackman did a wonderful job with the narration.

Ms. Werlinger doesn't miss. Beautiful, developed characters, interesting multilevel story AND a truly superb narrator. Thanks to her for another engrossing, complete listen.

I have developed a true fondness for Caren J Werlinger’s work. She is a masterful story teller. Gabra Zackman’s delivery added to the sense of humility, grace, and abiding dry wit. I can not recommend this work enough. It’s not a simple romance but a complex study in personal growth. I often struggle with topics of faith but this was delivered with grace and humor.

IN THIS SMALL SPOT

I am pretty sure this is the first novel I read by this author years ago. After listening to the story using Audible it was just as good the second time as the first. If you have not had the privilege of reading or listening to this novel I urge you to do so now. I do not believe you will be disappointed.

I got into this book within the first chapter, it is an excellent book, as a non Catholic I know very little about nuns and nunneries.
When I first realized I was gay, I was a 38 yo single woman, and in fact it happened when I read a book not realizing it was a lesbian novel and through the book I realized so many things, including my sexuality. No this here book didn’t make me catholic, :) but it reminded me of that book 35 years ago.
This book is so well written, makes you love the characters and identify with the main ones, and it never happened to me before buy I actually cried at the end of it. I cried from sadness and frustration to tell the truth I don’t understand why the author chose to end it like the way she did, I would like to know why, I would have liked to have a different ending, and I am not going to elaborate on that because I don’t want to give it away.
With all that, it is an optimistic book.
With the narration of Gabri Zackman it was an immense pleasure...

A story that covers all the bases

Delightful, sad, spirit filled story about gay women living generously and lovingly and a community that doesn’t know what to do with gay but eventually opens there hearts to women in love and not hiding.
Interesting well developed characters. Also excellent narration.

So powerful the story of one person's journey. It is hard to believe I finished it without weeping.

Oh my, what a story this is. So well written with a great depth and meaning. I was entranced.
This story pulled me right in and twisted my emotions. The descriptions of nun’s lives in an abbey were amazing. As a non religious person I was hooked.
Then there is the story of Mickey, Alice and Lauren. My emotions were all over the place, especially at the end.
Thank you Caren for a breathtaking book.
Excellent narration too.

I have read and listened to this work repeatedly. It is a gift to be cherished. Despite, or perhaps because of, the inevitable presence of death, thus story is a celebration of what it means to live life fully despite fear.