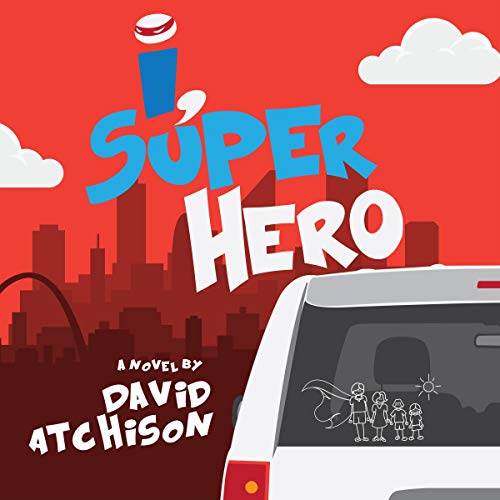 Being a superhero just might kill Ernest Smith. Unless his teenagers do it first.

No one said the job would be easy. But after his latest brush with death, aging superhero and father of two Ernest Smith is confronted with an entirely new foe - retirement.

Plans to hand over superhero duties backfire in spectacular fashion, however, leaving a desperate Ernest with only one person to whom he can turn: his headstrong teenage son. And as the duo lock wits with the city's newest criminal mastermind, Ernest's very survival relies on his ability to pass on something more important than a mere superpower.

This debut novel (and first in a series) from Iowa Writers Workshop alum David Atchison is an action-adventure featuring love, friendship, and heroic deeds pitted against criminal masterminds, awkward job interviews, and perhaps, worst of all, grumpy teens.

You should give it a listen today. Unless, that is, you've been sent here at the behest of the Legion of Mayhem, and ignoring this book is part of your master plan to dominate the universe.

chapter repeats. voices recorded over each other.
Over half way through the book. Not too much actual super hero work. but it does have a few moments.
If not for the editing issues i would give it 4 stars and get the next one if their is one.

good story, narrator is okay most of the time.

there were points in the book that the narrator just let the whole thing down, for example the three minutes+ of double voices amongst others? I think that this Audio book needs re-proofreading to remove that. possibly it was an issue with the software used? I don't know.